City building sims have been around almost as long as the Macintosh, and for most of that time, the genre was synonymous with SimCity. Over time, however, the quality of the franchise declined until the disastrous release of the rebooted SimCity.

In 2015, developer Colossal Order saw the opportunity and released Cities: Skylines. Under continuous development since then, with loads DLC and community-created content, Cities: Skylines is one of the finest simulation games for Mac and the new champion of the city building genre.

Worried about updating to macOS Catalina? Cities: Skylines is now updated to 64-bit and supports Catalina!

But what does it take to run the latest and greatest city-building simulation? Can any Mac owner participate, or does it take hardware with some oomph?

As always, we’re here to help you answer those questions, testing the game on several different Macs.

If you’re unfamiliar with the genre, in short, you play the mayor of a town with responsibility for all aspects of your city. This includes zoning, taxes, infrastructure, emergency services, entertainment and more. It’s a non-stop balancing act, but when you succeed in creating a thriving city in your image, it can be surprisingly rewarding.

Since day 1, Skylines has been an outstanding game with the right balance between complexity and accessibility. This game is exactly what the new SimCity was supposed to be. We were disappointed to see SimCity fumble as it did but luckily Skylines appeared just in time to save the day.

The developers have been continuously updating the base game, there has been a steady stream of official DLC, and the thriving user base includes plenty of content creators, everything from scenarios, to cities, to individual cars and buildings you can add into your creations.

And this love shows up in the reviews. The game has an 85/100 Metascore, which is pretty fantastic, and 91% positive reviews on Steam from almost 42,000 users. The Escapist said it well:

The finest city builder in over a decade, Cities: Skylines’s few flaws are so minor I only noticed them after hours of enjoyment.

All in all, if you’re remotely interested in simulation games, and more particularly, city-builders, Cities: Skylines is the best there is. It not only surpasses the latest SimCity, but it is also, hands down, a great simulation game.

Before diving into our Mac performance tests, let’s take a look at the game’s official requirements. And by the way, we may test games on unsupported machines, but you definitely shouldn’t.

These are the official Mac system requirements:

The release of MacOS High Sierra caused performance and playability issues for some users. But based on our tests, those have been largely resolved since.

The Test: Can you run Cities: Skylines on Mac?

To evaluate how well Cities: Skylines runs, we’ll test it on these models:

Be aware that Intel Integrated Graphics cards are not officially supported, but more on that below. 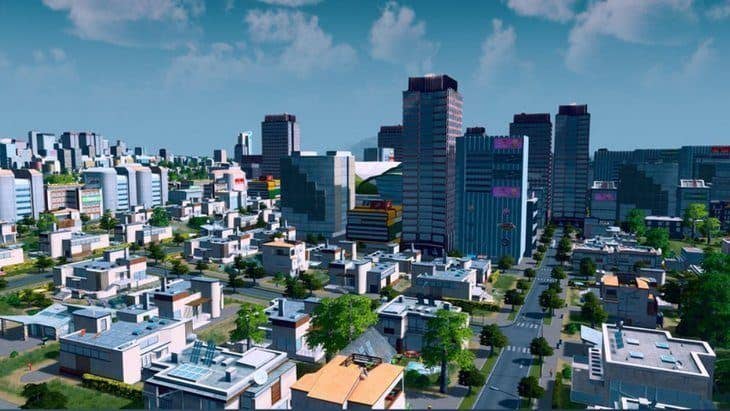 What Mac do you have?

It would be impossible for us to test Skylines on every Mac model available so we did the next best thing we could: test it on representative models.

Even if your exact Mac model wasn’t tested today, either our high-end iMac, our average 2016 MBP or our old 2013 MBP should have somewhat similar specs to yours.

These are the settings we used to test Cities: Skylines using our in-house FPS counter Count It for a fixed duration of 5 minutes: 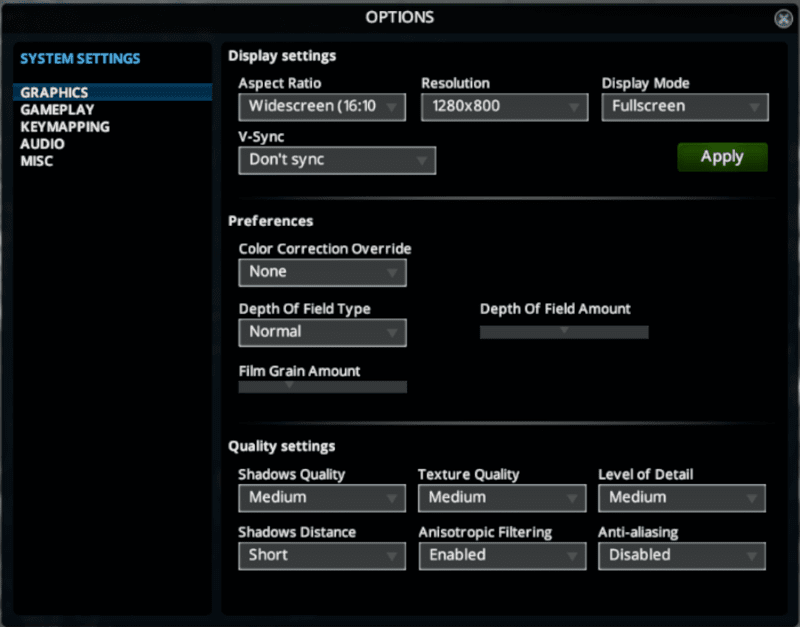 Also, rather than start with a new city where there wouldn’t be much to strain our systems, we downloaded an user-created city that didn’t require specific DLC and already had 70,000 citizens; as a 17MB file, we figured this would be a good test.

The Results: A surprisingly demanding game…

You might have thought that as a more casual game, Cities: Skylines wouldn’t put much strain on our systems.

But remember, this is a simulation, and it’s constantly simulating the behavior of all your citizens, even if you’re not looking at them up close. In this case, the actions of 70,000 citizens…

To summarize, while the iMac had no trouble running the game at 40 FPS, none of our other test machines hit the magic 30 FPS number, although the 2017 MBP came closest at 22.6 FPS.

Can my Mac run Cities: Skylines?

There’s no question that a high-end Mac that meets the minimum specs can play this game at our default settings. However, considering how well this iMac performed on games that would seem to require more horsepower, we were surprised at the limited frame rate: only 40 FPS.

While that is technically below our threshold, most of the game elements ran smoothly, zooming in, out and around was easy and the game remained responsive.

Bumping the graphics and resolution all the way up led to an unplayable 6 FPS, however.

Take away: If you have a high-end Mac, you can expect to play this game at our default settings and maybe even higher. However, going in we certainly expected better results, leading us to wonder how well this game is optimized for the Mac.

Can you play Cities: Skylines on a MacBook Pro?

This is when things start to get complicated. Today’s low-end Macs, even iMacs, come with Intel Integrated Graphics, which Cities: Skylines does not officially support.

However, you can tell from our results that there are Macs with integrated graphics that can run the game, and the 13-inch MacBook Pro from 2017 got decent frame rates at our default settings: 22.6 FPS.

The 13-inch MacBook Pro from 2016 was slightly behind, landing on unplayable territory with 17.4 FPS. That said, when pushing all settings to the lowest while keeping that same 1280×800 resolution, it managed to run at 22.5 FPS.

Take away: If you have a recent Mac with an integrated chipset you can expect borderline results at best.

Things get even trickier here. The basic requirements are a 3.0 GHz chip and a dedicated graphics card. People with a slower chip but a graphics card have reported being able to play the game, but much like those with a fast enough chip but integrated graphics, performance is borderline at best.

It seems that both processing power and graphics might are necessary for this game, so unless you have both, expect to be able to play this game at low settings if at all.

Take away: If you have an older Mac that meets the minimum specs (see below), you should be able to run this game. Anyone else would be taking a risk buying this game and expecting playable results.

If your machine had a better/worst Heaven score, expect a higher/lower FPS score.

The correlation between in-game performance and a standard benchmark is far from perfect, but it can still be a good comparison point.

Keep in mind that this is an estimate and far from exact. If your estimated FPS are too close to 30 FPS, don’t risk it.

Bottom line: Cities: Skylines is a great city-building simulator, but that quality comes at a cost in performance. If you meet the specs you should be fine, if you’re close you may be able to make it playable. But it’s a demanding game that wants both chip speed and graphics firepower for the best experience.

Cities: Skylines is available for download from all the major digital stores including Steam and Humble Bundle:

In a surprising turn of events, Cities: Skylines dethroned the legendary SimCity as the best city simulator out there. But it does require a powerful Mac to run well. Recent Macs with integrated graphics may be able to run it on low settings, but that will be a challenge.