Cities: Skylines can run on M1 Macs via Rosetta 2.

Cities: Skylines did the unthinkable when it came out of nowhere and took down SimCity to become the ultimate city-builder sim around.

In spite of SimCity’s efforts to right its wrongs, it just wasn’t enough. Cities: Skylines is truly an excellent strategy game and the best city simulation ever released on PC or Mac.

Developed by Colossal Order, Cities: Skylines was released at the perfect time. Right around the corner of SimCity’s botched release, Skylines came out of nowhere on both Mac and Windows, showing players what a modern city-builder is supposed to be.

Bottom line: If you’re even remotely interested in action-RPGs or looter-based games, you simply owed it yourself to give Diablo 3 a shot:

PS: The game’s requirements claim that “Intel Integrated Graphics Cards” are not supported, but we can confirm this doesn’t apply to M1 Macs. Read on for more details.

We tested the game on our M1 Macs and can confirm Apple Silicon Macs can perfectly run Cities: Skylines, even better than Intel Macs. 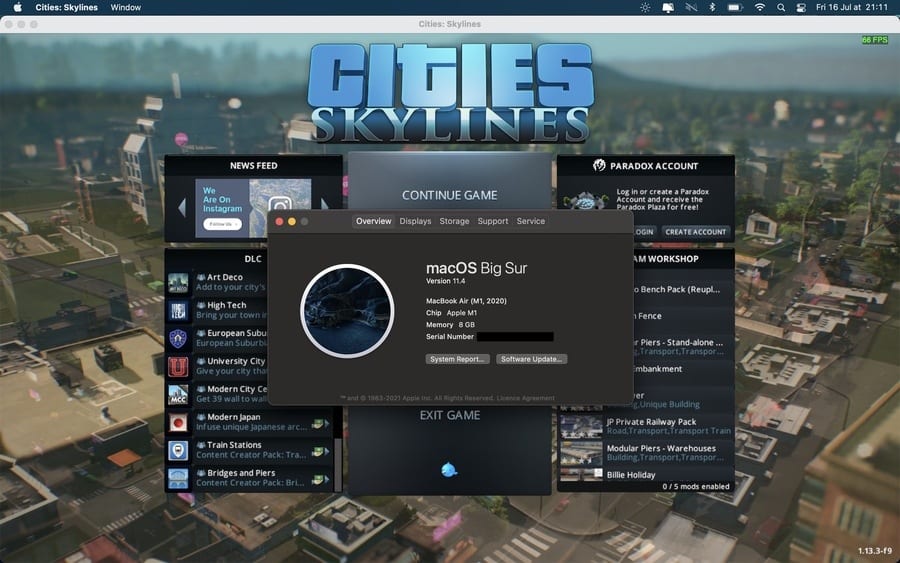 Colossal Order has always secured great macOS support. In fact, they were among the early AAA game devs to support the Metal API on macOS. For the moment, though, they have not to implemented native M1 support yet. Still, thanks to Rosetta 2, Cities: Skylines runs great on M1 Macs, even the game is still coded for Intel Macs.

These are the Cities: Skylines M1 benchmarks we have gathered so far (we used our very own Count It app to track FPS figures):

As all Blizzard games, Diablo 3 can only be downloaded from Battle.net.