The Sims 4 is a life simulation game that gives you the power to create and control your very own Sim.

The Sims 4 is the latest entry in the legendary Sims series and features tons of new systems that make it the more sophisticated and enthralling Sims game to date.

The Sims 4 on Mac

The Sims 4 hasn’t always delivered great Mac support. For a while, it was no longer playable due to a lack of 64-bit support. But ever since, developer Maxis has stepped up its game and ensure The Sims 4 on Mac is just as good as on Windows.

Is The Sims 4 worth it? The reviews

So did The Sims 4 delivered? Is it as good as its predecessors? The game didn’t receive exceptional reviews at launch. Most agreed The Sims 3 had more to do and they punished The Sims 4 for it.

Yet The Sims 4 has always had more depth. And since its initial release, the game has received plenty of updates and DLCs.

Bottom line: In spite of average reviews, The Sims 4 is the best Sims game you can buy today, by far.

Note that according to these system requirements, a Mac with integrated graphics should not be able to run it. But we can confirm it’s possible. More on that below.

Yes, The Sims 4 runs on M1 Macs with Apple Silicon via Rosetta 2. 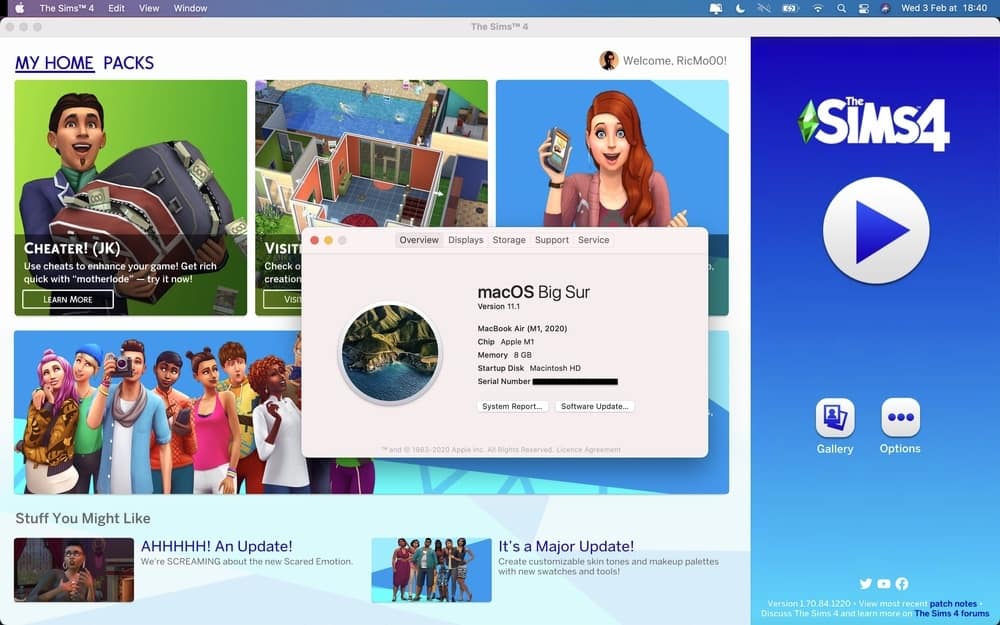 As you can see below, the game is still exclusively written for Intel-based Macs, but thanks to Rosetta 2, The Sims 4 can nonetheless run great on M1 Macs:

We were unfortunately available to record Frames per second because The Sims 4 doesn’t track FPS (unlike Steam games). The figure below is only an estimation, but we can confirm the game ran very smoothly.

Be aware that the game is also available on Steam but that version does not support macOS.