And even today, thanks to its tight run-and-gun gameplay and epic boss battles, Cuphead remains one of the best action games on macOS.

Cuphead took its time to arrive to macOS. More than a year. But that time was well spent, as Cuphead works flawlessly on Mac and features everything the Windows version of the game does, including full controller support, which you’ll definitely need.

And as mentioned before, Cuphead is one of the best action-adventure games available. And that applies to Mac, Windows, and even consoles. And as a bonus, Cuphead also happens to be an excellent co-op game you can play on the same machine. 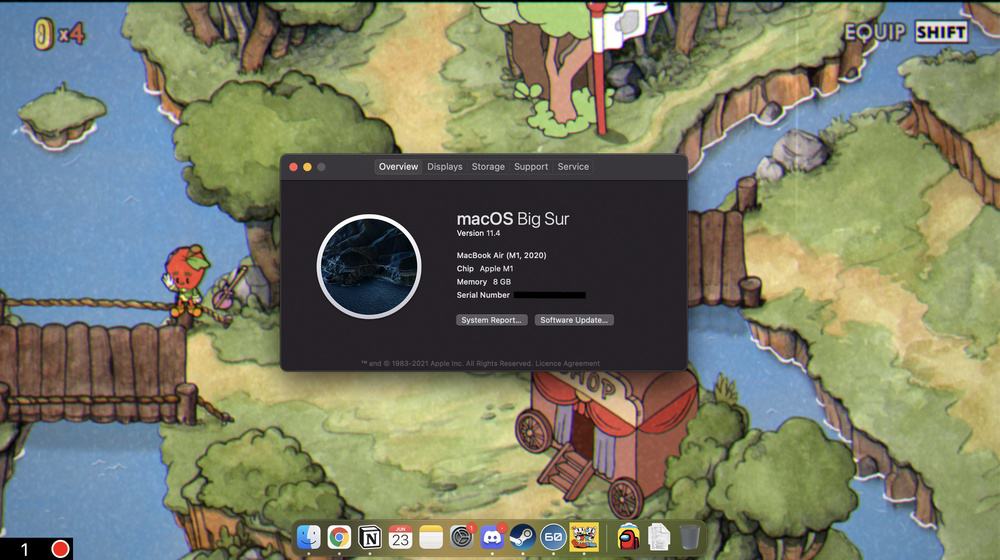 The game is still written for Intel-based Macs, but thanks to Rosetta 2, Cuphead can nonetheless run great on M1 Macs.

You can download Cuphead from Humble Bundle or Steam.