SimCity Mac Review: Can your Mac run it? Should you try?

In 1989, the original SimCity created and defined the city building genre. Later versions built on the original winning formula, making the franchise one of the most successful and beloved among gamers. I personally spent uncounted hours with SimCity 2000, so when I heard it was coming back after a ten year hiatus, I was quite excited.

But you probably know what happened next. The always-online requirement, the server issues, the much smaller cities, and so on, led to a terrible launch. The game’s reception was extremely poor and it seemed like SimCity was done.

Worried about updating to macOS Catalina? SimCity is now updated to 64-bit and supports Catalina!

But here we are six years later, SimCity is still plugging along, and many of those release glitches have been ironed out. EA and Aspyr did enable an offline mode, and while cities are still small, SimCity can be fun.

But is it too little too late? Can SimCity challenge Cities: Skylines, the indisputable king of city-builders one of the top Simulation games on Mac?

There’s no doubt the “new” SimCity did many things right. The graphics are amazing and are actually integral to the experience. The day-night cycle gives you instant feedback as to how things are looking and working, and contextual changes in appearance make it easier to create and place things in the best positions.

In fact, EA says this level of detail is why they had to abandon their efforts to make larger cities possible: computers (at least in 2013) wouldn’t be able to handle the graphics load of larger cities.

When it comes to reviews, SimCity is still suffering from its initial release problems. Even though some reviewers waited until the initial problems were solved, SimCity still only rates a 64 Metascore from critics. This, however, looks good compared to the 2.2 it has from users.

This is how IGN summarized the game at launch:

In some ways I’d equate SimCity to an early version of Minecraft: a wonderfully creative toy attached to a barely functional game.

At this point, whether the new SimCity is the right game for you, boils down to what you’re looking for. Are you looking for the best SimCity game to play or the best city-builder? 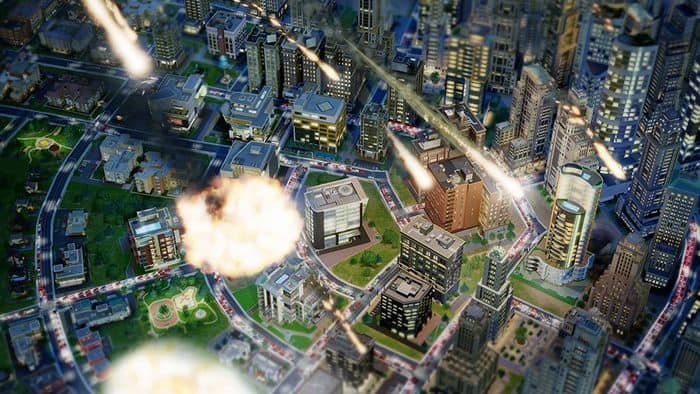 The new SimCity does can be a fun city-builder, but if you’re looking for a classic SimCity experience, SimCity 4 might be a better choice.

If you’re looking for the best city-builder, period, Cities: Skylines is hands down the way to go.

These are the game’s Mac system requirements:

As you can see, the system requirements are light. In fact, if your Mac struggles with Cities: Skylines, SimCity can be an easier alternative to run on an aging Mac.

Ready for macOS Catalina: The Mac App Store version of the game, handled by Aspyr, has been updated to 64-bit. Kudos to Aspyr for putting the effort and updating so many of their back-catalog games, including SimCity!

The Test: Can you play SimCity on Mac?

These system requirements seem modest, but to evaluate how well SimCity really runs, we decided to test it on the following model:

Using our in-house FPS counter, we tested the game using the following settings: 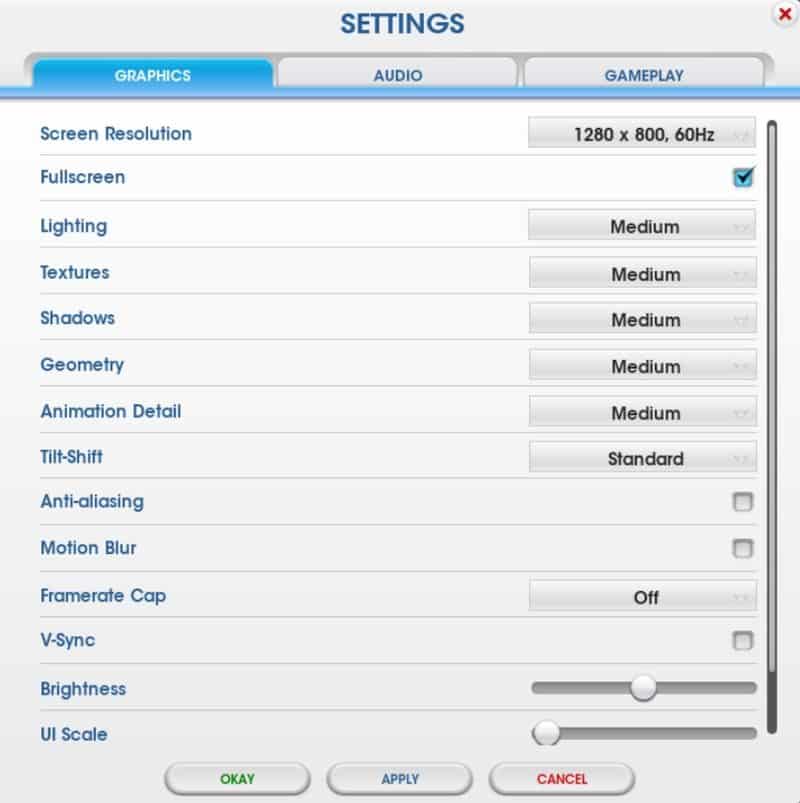 Why these settings? 1280×800 and Medium settings won’t impress anyone, but they are acceptable and should meet the requirements of the average gamer.

The Results: Not as easy to run as expected!

This graph shows you how our Mac performed:

As could be expected from a six year old game, SimCity runs fine on our test machine. As mentioned above, Maxis/EA kept city sizes small so the improved graphics could really shine without slowing down your computer.

That said, our test machine barely met the 30 FPS challenge, but read on further to see how far you may be able to go.

Can you play SimCity on a MacBook Pro?

If you happen to have an“average” MacBook, say a 13-inch MacBook Pro with integrated graphics, you should be able to easily run this game. 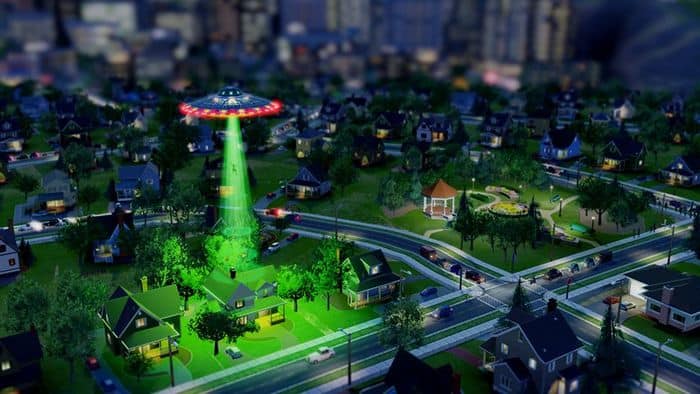 Again, looking at SimCity’s system requirements, you wouldn’t expect a more modern MBP like our 2016, even with integrated graphics, to have a problem on our default settings. And sure enough, it had no problem running the game.

Take away: Again, the age of SimCity helps ensure a smooth experience even on a modern laptop. Any recent Mac should have no trouble with it as long as you meet the minimum graphics requirements.

But What If You Have An Older Mac?

Unfortunately, older Macs will struggle with this game. The system requirements do officially support of Intel HD 3000 integrated. As those graphics were used on Macs from around 2012, one could expect SimCity to run well on older machines. And technically, you can. The game will run.

We just fear performance will be sub-par. If the game barely runs at 30 FPS on our 2016 MBP, the only way a 2012 MBP can run it is on the lowest possible settings.

Take away: SimCity is not as easy to run as we initially expected. Make sure your machine meets the system requirements but also be prepared to run the game on its lowest settings if you happen to have an old Mac.

Bottom line: SimCity is an fine game for anyone with a Mac that meets the system requirements and wants to build their perfect city. While the cities are smaller, specialized regions and good graphics make this a good SimCity. That said, Cities: Skylines remains the better alternative.

SimCity is available for download through EA’s Origin service but we definitely recommend the Mac App Store version, handled directly by Aspyr.

A genre-creating game, this new SimCity allows you to build differently. Connect smaller cities together in regions, created specialized cities, and get your multiplayer on with this gorgeous-looking version of genre-creating classic.