Diablo 3 is an action RPG from Blizzard. But more than that, it’s the latest entry in the genre-defining Diablo series.

Diablo practically invented loot-based games and Diablo 3 further perfected the addictive formula of hacking and slashing your way to more and better loot.

Developed by Blizzard, Diablo 3 is yet another example of a Mac port done right. Just like World of Warcraft and Hearthstone, Diablo 3 on Mac features everything the Windows version does. And includes cross-platform multiplayer and Metal support.

Bottom line: If you’re even remotely interested in action-RPGs or looter-based games, you simply owed it yourself to give Diablo 3 a shot:

These are the game’s official Mac requirements for Diablo 3 (and all its subsequent expansions):

We tested the game on our M1 Macs and can confirm Apple Silicon Macs can perfectly run Diablo 3, even better than Intel Macs. 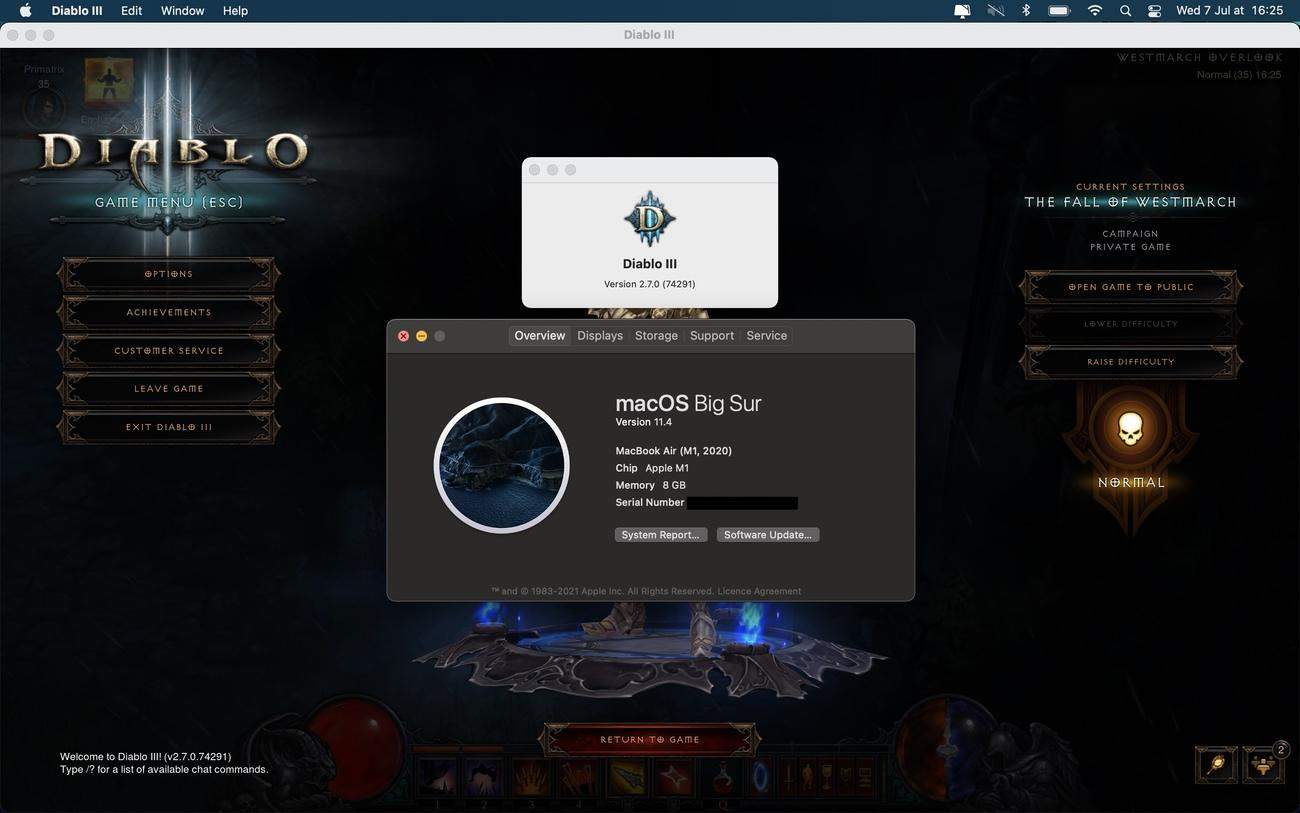 These are the Diablo 3 M1 benchmarks we have gathered so far. Notice we had to use the in-game FPS counter to evaluate performance levels (more of that below):

How to view FPS in Diablo 3?

Diablo 3 is one of those games that can show you Frames Per Second (FPS) by simply pressing Control + R. This will allow you to reliably test different settings and resolutions combinations.

As all Blizzard games, Diablo 3 can only be downloaded from Battle.net.