Frostpunk is unlike any strategy game you have ever played. From the creators of This War of Mine, Frostpunk puts you in charge of the last city in a now frozen world.

Survival will be so hard, you will have to make extremely difficult decisions for the sake of the city and its inhabitants.

Frostpunk sure took its time to launch on macOS. In fact, the game was in closed beta for months, but a few critical bugs prevented developer 11 bit studios from officially releasing.

We are glad, though, that all issues have been ironed out. Frostpunk now features absolutely everything the Windows version of the game does. System requirements are somewhat hefty but make no mistake, you will be playing Frostpunk on Mac in all its glory.

Is Frostpunk worth it? The reviews 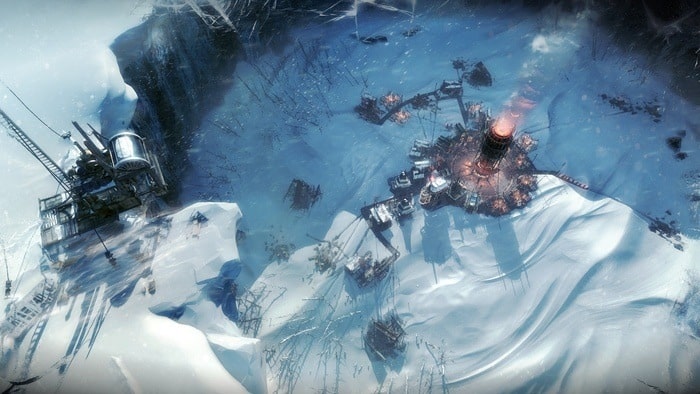 All of 11 bit studios games have been well-received. Their previous game, This War of Mine was particularly liked by fans and critics. Frostpunk is a clear evolution from that, taking that same tense and gripping survival gameplay and bringing it to a full-blown survival game.

And needless to say, Frostpunk has received great reviews so far:

The game is supported on the following Macs:

Note that according to these system requirements, a Mac with integrated graphics should not be able to run it. But we can confirm it’s possible if you have an M1. More on that below.

As you can see below, the game is still exclusively written for Intel-based Macs, but thanks to Rosetta 2, Frostpunk can nonetheless run great on M1 Macs:

These are the Frostpunk M1 benchmarks we have gathered so far:

You can download Frostpunk from the following digital stores: