Pokemon Quest on M1 Mac: Can it run on Apple Silicon?

Playing a Pokemon game on macOS was unheard of. But now that iPhone and iPad games run natively on M1 Macs, several Pokemon games became available to us, including the adventure game Pokemon Quest.

The most famous Pokemon games remain exclusive to the Nintendo Switch, still, among the several mobile Pokemon games out there (which can now be played on M1 Macs), Pokemon Quest is one of the better ones.

As can be expected from a mobile free-to-play game, Pokemon Quest’s reviews aren’t stellar. But this is still a solid game that can be tons of fun, especially if you’re a Pokemon fan and have been craving for some Pokemon action on macOS:

As an iOS app that can run on M1 Macs, Pokemon Quest’s Mac system requirements are limited to the following:

Just as Among Us, Pokemon Quest is another great example of all the opportunities Apple Silicon processors can bring to the table. Sharing the same ARM-based architecture as iPhones and iPads, iOS apps and games can indeed run natively on M1 Macs without a problem. 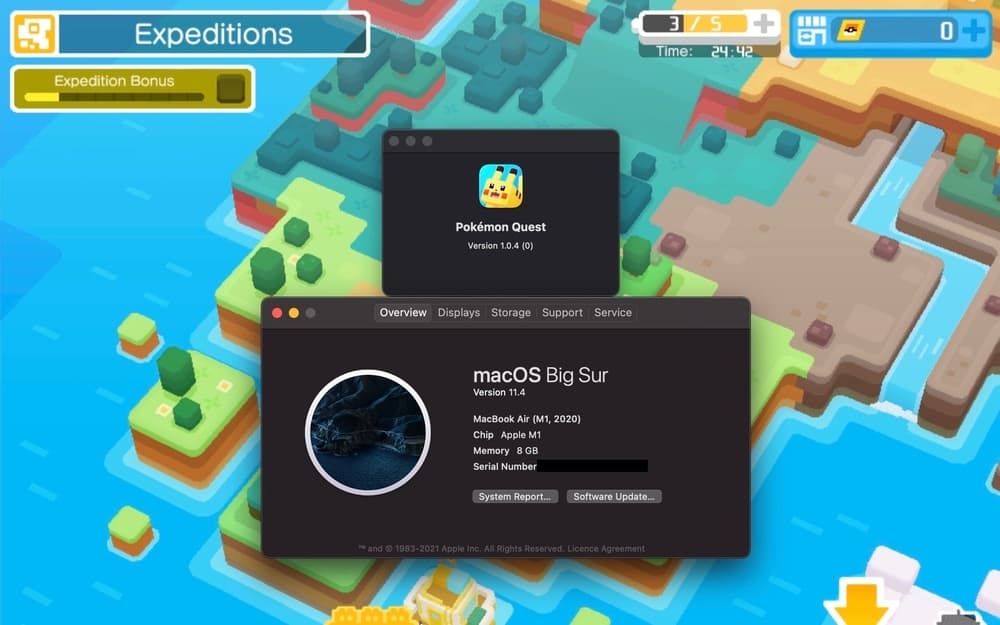 Like virtually any other iOS game out there, Pokemon Quest doesn’t require hacks nor third-party tools to run on M1 Macs. It is supported natively and can therefore be installed and launched as any other Mac app.

iOS games on M1 Macs: iPhone and iPad apps can run on M1 Macs without any modification to the app. There is no porting process involved, meaning iOS run natively and should offer the best performance.