At its core, ARK: Survival Evolved is a survival first-person shooter, similar to Rust, but on top of being able to craft tools and build fortresses, there are also dinosaurs you can tame and ride.

Needless to say, this is an incredibly entertaining, deep, and punishing game where both opposing players and dinosaurs are a constant threat.

Is ARK: Survival Evolved worth it? The reviews 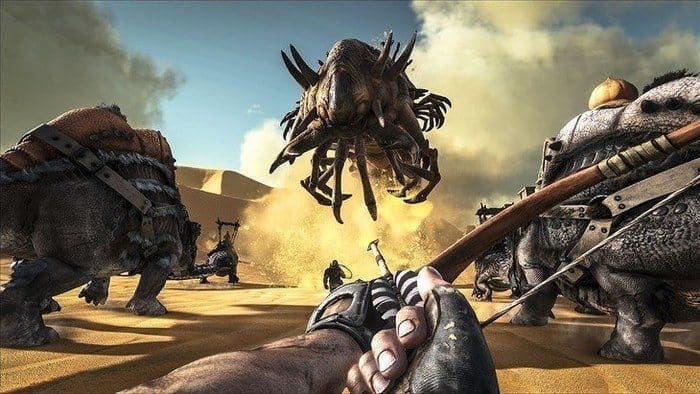 ARK’s reviews are mixed. People either love it or hate it. It certainly has enough depth and entire gameplay loops to keep you entertained for hours, but the game is generally riddled with bugs, which hold it back:

Note that according to these system requirements, a Mac with integrated graphics should not be able to run it. And in this case, we can confirm MacBooks struggle with this game. More on that below.

No, ARK: Survival Evolved still cannot run on M1 Macs. Not even with Rosetta 2.

No screenshot can be shared as the game simply crashes at launch without even giving an error message.

As you can see below, the game is still exclusively written for Intel-based Macs, which is usually not an issue thanks to Rosetta 2. But in this case, ARK: Survival Evolved still cannot run on M1 Macs.

No benchmarks have been recorded on M1 Macs so far, but as soon as the game becomes compatible with Apple Silicon (if ever), we will update the table below:

For the record, this is how ARK: Survival Evolved runs on Intel Macs:

You can download ARK: Survival Evolved from the following digital stores: