Civilization 6 on M1 Mac: Can it run on Apple Silicon Processors?

The latest entry in the legendary Sid Meier’s Civilization series, Civ 6 is not only the best turn-based strategy game out there, but it’s also one of the best strategy games, period.

Civ 6 has been part of the best-selling Mac games for years now. And the fact it continues to receive excellent Expansions keeps it relevant and as popular as ever. Aside from recurrent issues that keep cross-play between Mac and Windows, Civ 6 is an excellent Mac port that features everything the Windows version of the game does.

With gameplay and features so far ahead of the competition, it’s no surprise Civ 6 has been critically acclaimed by both the press and the average gamer: 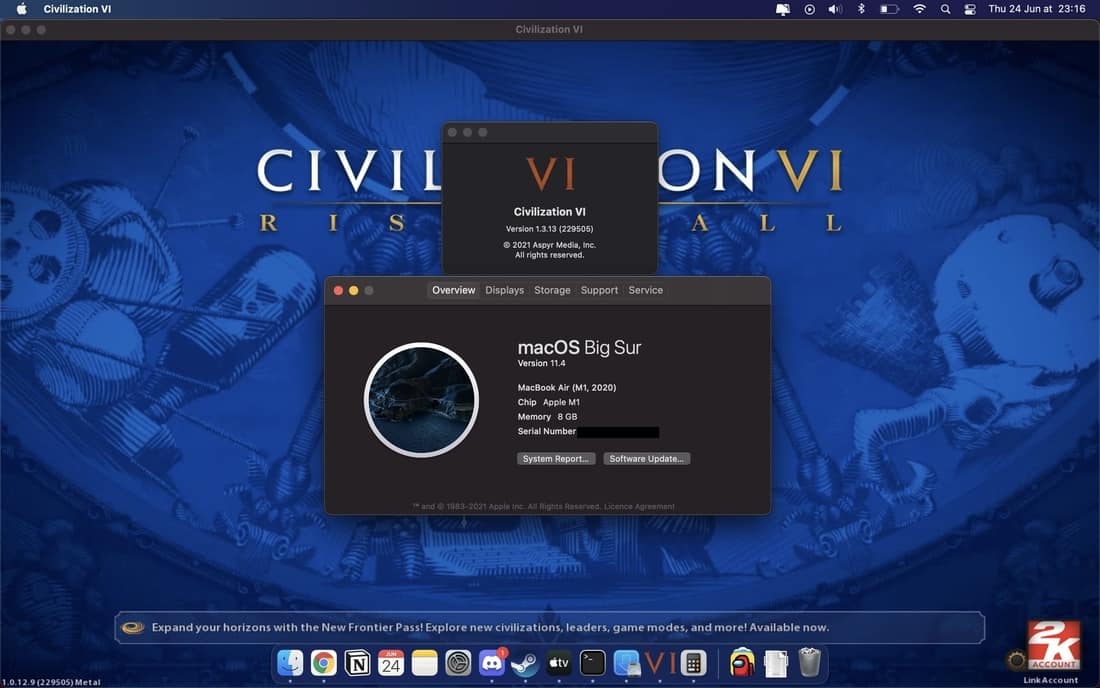 The game is still written for Intel-based Macs, but thanks to Rosetta 2, Civilization 6 can nonetheless run great on M1 Macs.

This is how Civilization VI runs on M1 Macs compared to equivalent Intel Macs:

You can download Civilization 6 from the following digital stores: