There are over 4,500 Steam games for Mac

This is yet another important milestone for Mac gaming: There are over 4,500 Mac games on Steam. 4,547 to be precise.

This is particularly impressive when you consider how often macOS is dismissed as a gaming platform.

But the numbers speak for themselves: 4,500 games and close to 4 million active players (3,17% of 125 Million active users according to Valve) on Steam alone. And don’t forget about all the games that are not part of Steam, such as EA’s and

And don’t forget about all the games that are not part of Steam, such as EA’s and Blizzard’s.

The situation is clearly improving and we’ve never had so many choices as they do today.

But as Steam Spy founder, Sergey Galyonkin, rightly pointed out late last year, there are way too many new Steam games altogether. 38% of all Steam games were released in 2016:

This is as equally exciting as it is worrying. On the one hand, this explains the explosion of new Mac and Linux games, and as I said before, this gives gamers more choice.

On the other hand, many worry that the quality of games available is suffering. Think about it. Is it really possible most of the 4,207 games released on Steam in 2016 were all good? Some were great, but most were mediocre, and a few were terrible.

I tend to agree with the critics and believe Steam should do something to better curate the games it accepts. Why? Because you may not be obliged to buy a game, but the more crappy games there are, the harder it becomes to find the true gems.

Not only quantity but quality too

But having over 4,500 Mac games on Steam is still a great thing, especially when the quality is there.

The quality of the best Mac games today is simply impressive. And this is confirmed when looking at the top rated games on Steam. According to SteamSpy, 8 out of 10 are available on MacOS:

And if you’re interested in the 20 most played games, 13 out of 20 are also available on Mac: 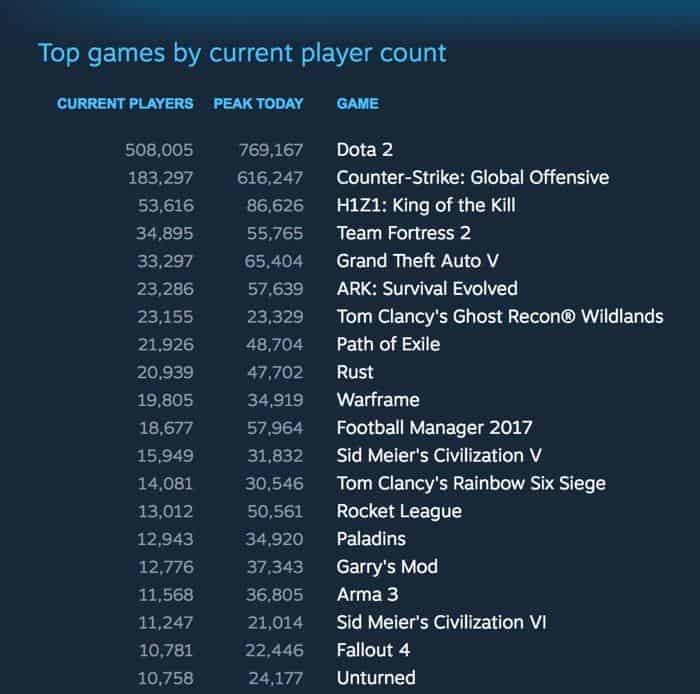 And all of this is not limited to Mac gaming alone. Linux / SteamOS is also going through a similar renaissance and it’s all linked.

The rise of multi-platform development

Nowadays, Linux has over 3,000 games on Steam. This should be an impressive feat, but many are not surprised, claiming it’s all due to Valve’s SteamOS push. Perhaps. But what about the Mac? Why the sudden growth?

Mac gaming may have little to do with SteamOS on paper, but all combined – Mac, SteamOS and Linux –  become a considerable incentive for studios to go for multiplatform development. And this is something all the developers we have interviewed, from Pillars of Eternity creators to This War of Mine’s, confirmed. If your game engine can easily work on all platforms, why not support them?

Both Mac and Linux are still tiny compared to Windows. However, the point is not to become bigger than Windows. The point is to be interesting enough (from a financial standpoint) to encourage multiplatform development and hence have more games on all platforms.

Do you think this trend will continue? Or could it just be a SteamOS fad that could disappear instantly if Valve’s new OS doesn’t pick up?