Dota Underlords may be the hot new game everyone is talking about, but Dota 2 is still one of the most played games in the world.

That’s right, in spite of being 6 years old now, the free-to-play MOBA from Valve is stronger than ever. In fact, Dota 2 is currently the second most played game in the world, with 450,000 concurrent players in one day.

The sequel to the infamous mod, Defense of the Ancients (DotA), Dota 2 pits two teams of five players against each other. Each team has to defend its own base while trying to destroy the enemies base.

You’re in control of a “hero” with unique abilities, and with more than one hundred to chose from, mastering your hero while playing as a team is a real challenge. This explains why MOBAs are so hard to master and why their community is so demanding (and borderline abusive with beginners).

Bottom line: It may not be as big as League of Legends, and Heroes of the Storm is still my personal favorite, but Dota 2 is still one of the best MOBAs you can play. With a 90 Metascore and 85% Positive reviews on Steam from over a million gamers, you can’t go wrong with this one.

Before we go any further, these are the game’s Mac system requirements:

As you can see, this isn’t a demanding game by any means. Requiring merely an Intel HD 3000 means any modern Mac should be able to run it without breaking a sweat. 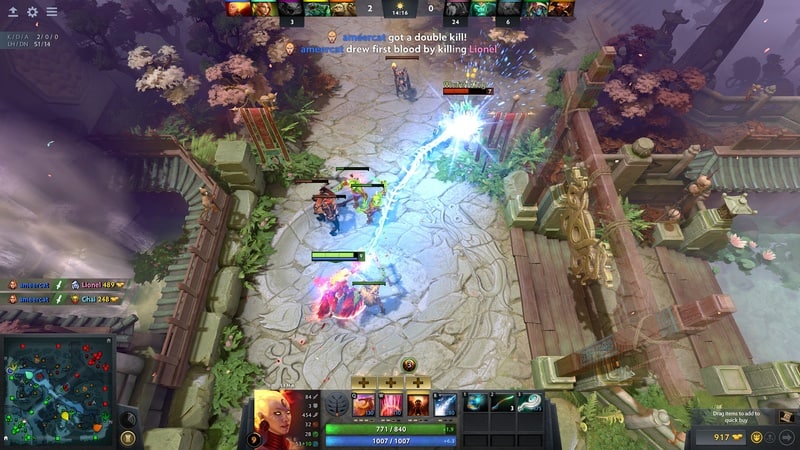 That said, for a long time gamers complained on Reddit that it was hard to get a smooth and consistent experience. We take it for a spin to see how it really runs on MacOS.

Unlike our official reviews on which we test a game on several Macs, we tested Dota 2 on the following macbine:

This Mac should be a fair compromise as it remains a modest machine because of its integrated graphics but it’s still recent enough to compare with most MacBook Pros out there.

We tested the game on 1280×800 and Medium settings using the Exclusive Fullscreen option (which results in much better graphics and performance): 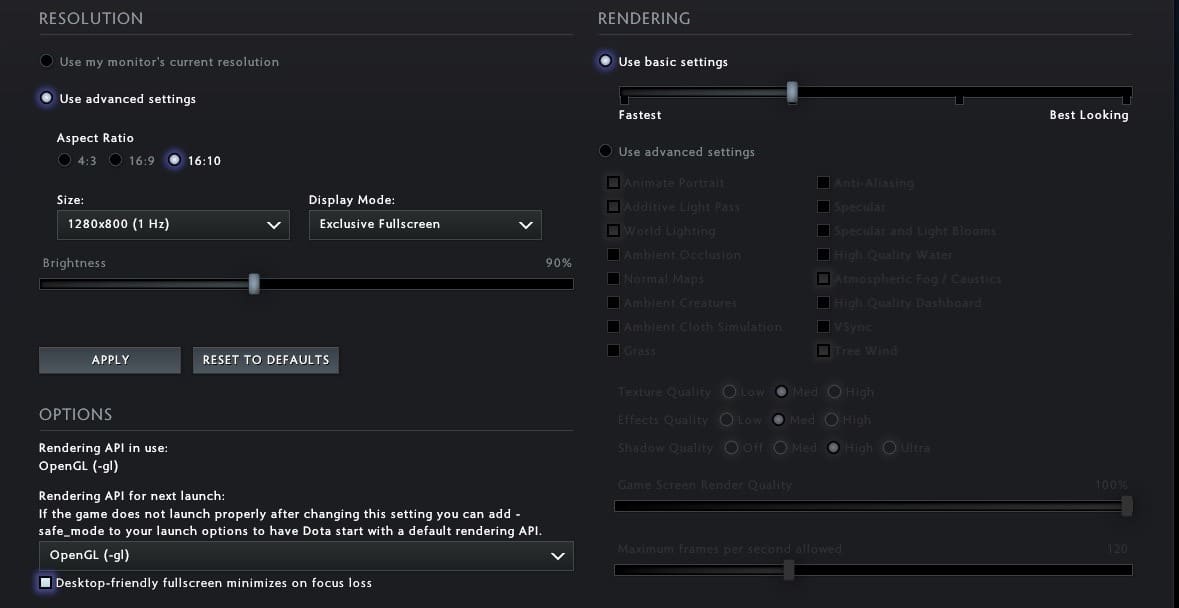 We ran tests using both the OpenGL and Vulkan rendering API.

Using the still standard OpenGL option, our MacBook Pro runs the game at an average 51,8 FPS (frames per second), which is more than enough for most: 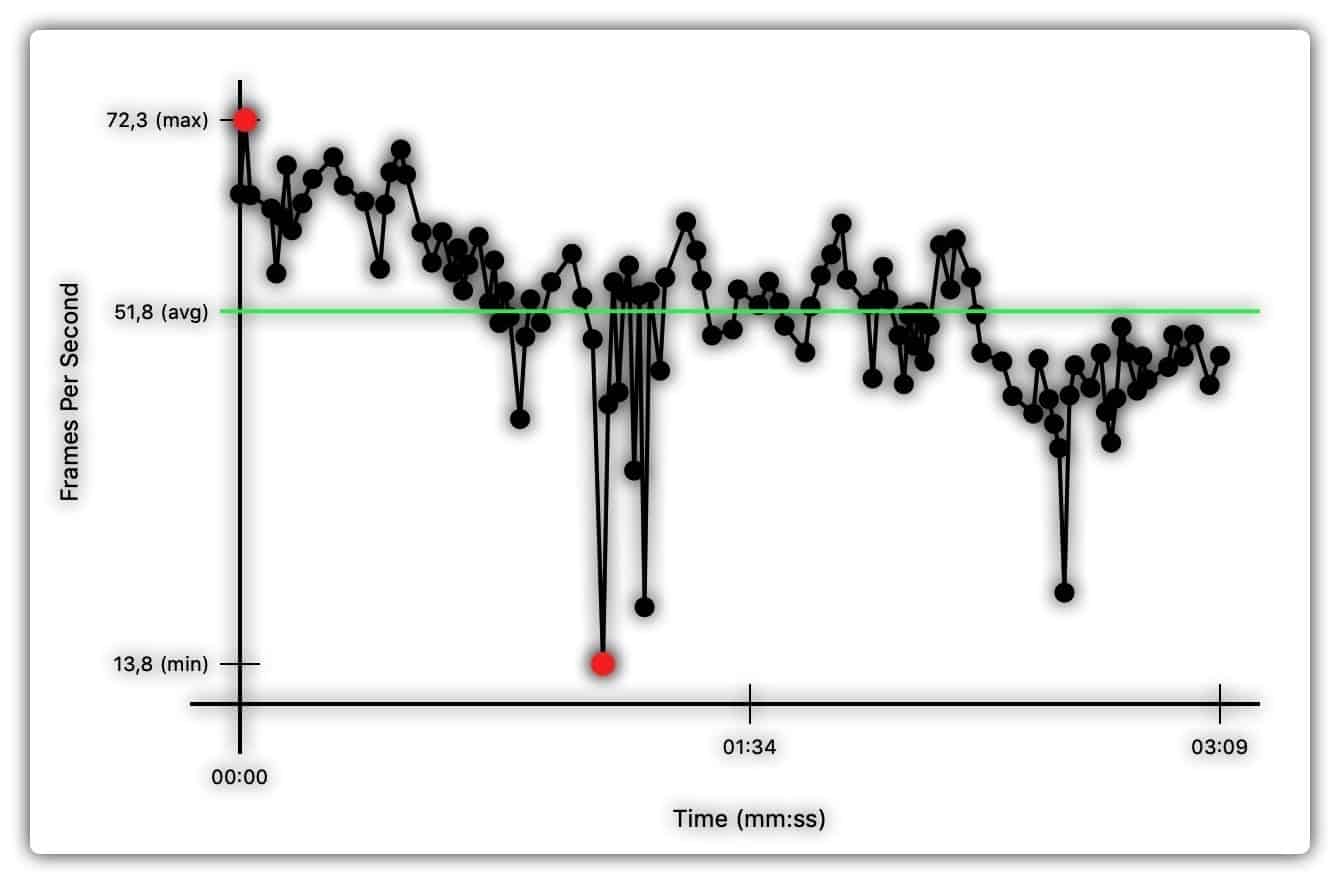 Be aware that FPS can significantly drop when several heroes get into a fight simultaneously. For that reason, it’s better to run the game using modest settings for an overall acceptable experience.

We did run the game using the Vulkan API (which you need to install before running the game) and found it to be as fast but more stable. In the words, we experience a similar 50 FPS on average performance but the drops were less pronounced.

That said, the game did crash a few times meaning Vulkan is not ready for primetime.

Bottom line: If you own a recent Mac, you should be able to easily run Dota 2 on Medium settings.  And remember, the game is free-to-play so it can’t hurt to try it for yourself!

Dota 2 is a free-to-play game that is exclusively available on Steam.