Storytelling adventure games have been having a good run lately. Led by the choose-your-own-adventure games from Telltale Studios, these games have shown that there is a market for games that involve more than shooting everything in sight.

Life is Strange is probably the most famous in this genre not from Telltale. An original story told in five episodes, Life is Strange is especially known for its relatable characters and choices that have real effects on the story.

You play as Max Caulfield, a high schooler who discovers that she can rewind time and thus affect the past, present, and future. She uses her powers to try and save her best friend and solve a mysterious disappearance.

Most storytelling adventure games are pretty light on your computer, but Life is Strange has a larger world for you to explore than most. Does this more open world take a bigger toll on your computer?

As always, we’re here to help you figure that out by testing the game on several different Macs, ranging from the newer and powerful to the older and more basic models.

You might have figured from the above description that I like Life is Strange and so do others, and you’d be right.

Recently released as Life is Strange Complete Season, the game has an 83/100 Metascore, which is pretty good, and an amazing 96% positive reviews on Steam from over 100,000 users. For the record, having over 100,000 user reviews is outstanding and reserved only for the most hyped games out there.

Reviewers tend to love the way the game makes it feel as if your choices matter to characters you care about. PC World said:

PC Gamer echoed a similar feeling. The best part of the game isn’t the story itself, but the way it’s told:

It’s a brilliant attempt at progressing and improving Telltale’s familiar style, even as it’s not, in and of itself, brilliant. I could nitpick multiple problems with the plot and pacing, but Life Is Strange nonetheless remains one of my favourite games of the year.

My Take: Life is Strange is about story and character and the impact your choices, even seemingly small ones, can have on your world. And the game delivers, leaving many players emotional when they see the consequences of their actions.

And in case you fall in love with this game, I have good news, the next game in the series, Life is Strange: Before the Storm is also available for Mac. 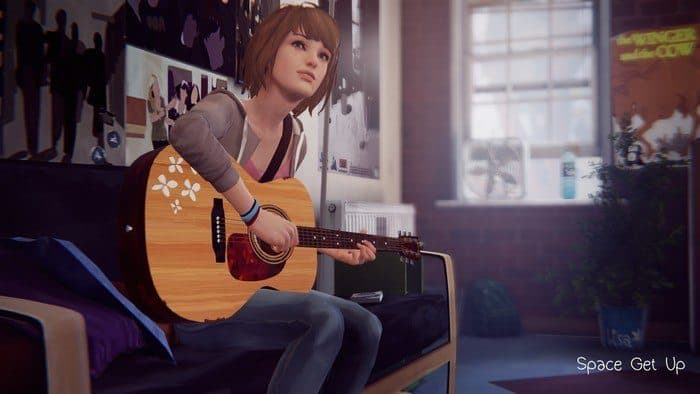 People play this game without meeting the minimum specs, but you want to make sure you meet either the graphics card or chip speed requirement to have a chance at playing this game at reasonable speeds and settings.

These are Life is Strange minimum Mac system requirements:

Notice the graphics requirements are forgiving and the game officially supports older integrated graphics such as the Intel Graphics HD 4000. That’s a statement of the level of optimization performed by Feral Interactive.

The Test: Can you play Life is Strange on Mac?

So we’ve got you hooked on the concept, but is your Mac up to the challenge?

To evaluate how well Life is Strange for Mac runs, we’ll test it on these models:

Why these machines? Our purpose is to help you understand how well this game runs on different setups. And hopefully, one of these setups will be similar enough to yours to give you a clear idea of what to expect. These are the setups we will be covering:

These are the settings we used to test Life is Strange using our in-house FPS counter Count It for a fixed duration of 5 minutes: 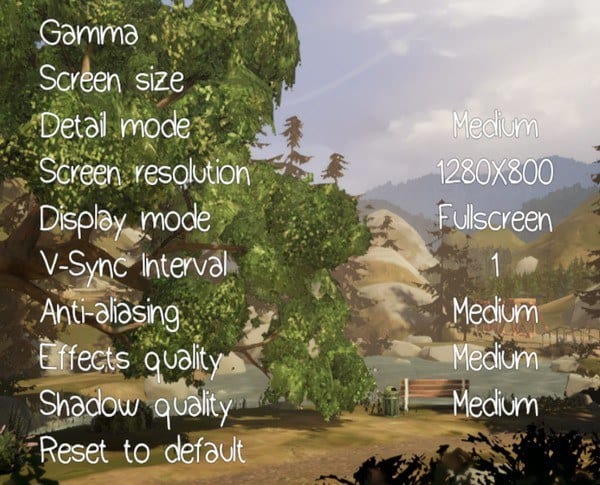 Life is Strange features an explorable three-dimensional world where you’re supposed to interact with other characters and the environment.

We’re looking for computers that can handle that with smooth scrolling and animation as you move through Life is Strange’s world. How does our Mac lineup handle this world? In short, pretty well.

To summarize, recent Macs and those with dedicated graphics cards have no trouble running this game at our default settings. And similar to the first Tomb Raider, even older computers with integrated graphics were borderline playable, and our 2012 MacBook Pro with a dedicated card was firmly in the playable range.

Can my Mac run Life is Strange?

There’s no question that a high-end Mac that meets the minimum specs can play this game at our default settings. (Note that FPS is capped at 60 in the game, or we might have gone even higher.) So as we like to do under these circumstances, we decided to see how high we could go.

At maxed out resolution my iMac could handle the game though performance at a brisk 54.3 FPS level. This means you could even try higher resolutions and still expect decent framerates and a playable level of performance.

Takeaway: If you have a high-end Mac, you can expect to play this game at or near maximum settings with no problems. 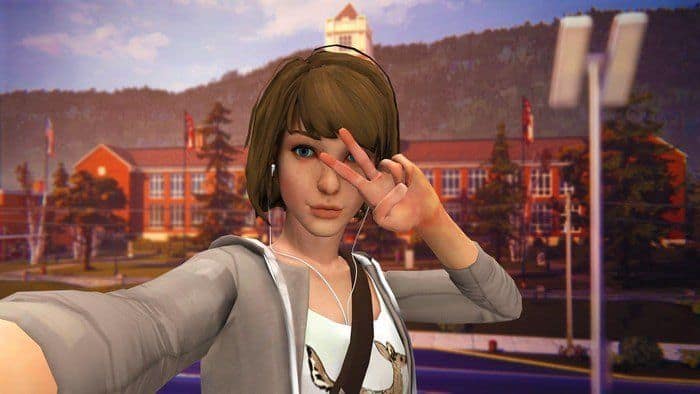 Can You Play Life is Strange On A Macbook Pro?

The story here is still pretty good. Even with integrated graphics, our 2016 MacBook Pro was firmly in the playable range at 43 FPS. Any newer MacBook Pro or iMac with integrated graphics should have no problem with this game. Even Macbooks from 2016 on (not Pros) should find this game playable, though you may have to reduce the graphics settings.

Takeaway: If you have a recent Mac with an integrated chipset you can expect to be able to play this game though you may have to reduce your graphics settings from our defaults to get the best experience.

Things still look pretty good here. Our 15-inch MBP from 2012 with a dedicated chipset had no problem hitting a playable gameplay at 33 FPS. But even our older Macs with integrated graphics were borderline playable in the mid-20 FPS. MacBook Pros as far back as 2012 hit 24 FPS and a 2014 Mac Mini just missed fully playable at 29.3 FPS.

And as mentioned above, while we consider scores in the 20-30 FPS range borderline, Life is Strange is easily playable at those numbers with few compromises in appearance or smooth gameplay.

Takeaway: Even our older Macs with integrated chipsets were able to hit borderline playability in Life is Strange with our default settings; lowering those settings a bit more would probably move them into the playable range. In this case, borderline by our standards was more than playable.

If you’re looking for a great action-adventure game that is very light on the system requirements, Cuphead is an excellent choice.

There are very detailed descriptions on what Macs are supported on Feral’s website, so if you’re unsure, check there.

Bottom line: Life is Strange is a great story-based adventure game that can run on a variety of machines. If you’re a Mac user looking for something to play on your older MacBook Pro or iMac, there’s a good chance this game will run well on your machine.

Anyone with a dedicated graphics card should be able to bump up the graphics settings for an even better experience. Plus, you can play the first episode for free and see for yourself…

Life is Strange is available for download from the most digital stores including Steam and Humble Bundle: