This reboot of the franchise hits all of the right chords. It tells a great story. It portrays an authentic Lara Craft that is human while still kicking ass. It has rock-solid gameplay filed with survival elements and satisfying bow and arrow combat. And it also has beautiful graphics, making it the total package.

But that last point brings me to the question you’re here for: How powerful should your Mac be to properly run this game? Blockbuster action games are often great-looking and demanding. Does this mean you’ll need a top of the line MacBook Pro or iMac to enjoy it?

Luckily for you, Feral Interactive was in charge of this one, which means Tomb Raider’s Mac version is so well-optimized, there’s a good chance you’ll be able to run it…

In case it wasn’t clear enough already, I loved this game. But what did the other reviewers have to say?

No need to beat around the bush here: Tomb Raider was a critically-acclaimed success. Both professional reviewers and users loved and raved about it.

The game currently has an impressive 86/100 Metascore (by the way, anything with a score over 80 can be considered an achievement) and 95% of overwhelmingly positive Steam user reviews:

Why so much love? In a way, It felt like Tomb Raider finally did justice to Lara Croft. She’s no longer eye-candy but an authentic bad-ass.

IGN gave it a spectacular 9.1/10 score and perfectly summarized my point:

A new beginning for Lara Croft that does justice to one of gaming’s most iconic characters.

Gamespot also loved it, giving it an 85/100 score and concluded that:

[The game] doesn’t try to rewrite the book on third-person action adventure games. But with its excellent controls, engaging heroine, thrilling combat, and fascinating setting, it doesn’t need to. Lara may be covering some previously charted territory here, but Tomb Raider is so well-crafted, you won’t mind at all.

But what about regular gamers like you and I? You know how tough gamers can be when leaving reviews on Steam. What did they have to say about this reboot? They loved it. 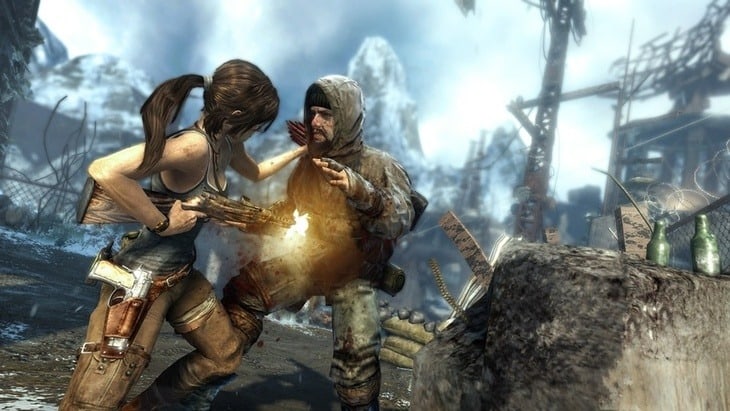 95% positive reviews is an amazing result. And the fact the game already has 58,338 reviewers makes it even more impressive. Not that many games have this many raving fans.

My take? It really doesn’t matter if you prefer strategy games shooters, or something entirely different. Tomb Raider is an excellent action-adventure game with a great story, solid gameplay, and great looks.

PS: Looking for more action-adventure games? Mafia 3 is a great choice if you’re more into action whereas Life is Strange: Before the Storm is all about adventure.

Remember, if you don’t pay attention to the system requirements, you risk buying a game you won’t be able to play!

Developers such as Feral tirelessly test their games to see come up with minimum system requirements.

The game is supported on the following Macs:

The following models should be capable of running the game but are not officially supported:

Also, Multiplayer is compatible between Mac and Linux only.

The Test: Can you play Tomb Raider on Mac?

I keep repeating this is a beautiful game with great graphics. But where does that leave us when it comes to performance requirements? Will those with older Macs be left behind?

To figure that out, we went ahead and tested the game on the following machines.

Be aware that the 2012 MacBook Pro and 2014 Mac Mini do not officially meet the game’s minimum system requirements. More on that below.

This combination of machines is the one we usually test games on. And we believe they’re a good selection because they complement each other well. The aim is to cover different setups and make sure one of these is close enough to yours:

Having a Mac similar to one of these should help you interpret our results easier. These are the settings we used to test the game running Tomb Raider’s in-built benchmarking tool:

Why these settings? 1280×800 is a little higher than basic high definition, which is the minimum modern gamers expect. That resolution, coupled with the Normal preset, should make represent fair testing conditions for both powerful Macs and more basic (older) models.

The Results: An incredibly easy game to run!

Prepare for some good news… This is a game most Mac gamers should be able to enjoy!

Having tested this game a long time ago on a MacBook Air, I knew it was a good port that should deliver good performance. To be honest, the results are even a little better than what I expected:

Remember, we usually aim for 30 frames per second. That’s the speed at which many games run on modern consoles and should be more than enough to all but the most demanding gamers out there. Some games can get away with less (such as turn-based strategy games), but an action-packed game like will need those 30 frames per second.

Yes, both Mac Mini and the 13-inch 2012 MacBook Pro missed the mark, but not everything is lost. More on that in a moment.

For your reference, this is how we describe the different levels of performance (in frames per second):

Can my Mac run Tomb Raider?

As always, if you have a high-end Mac (an iMac or a 15-inch MacBook Pro with a dedicated graphics card), you can stop reading this review and just go ahead and get yourself a copy. 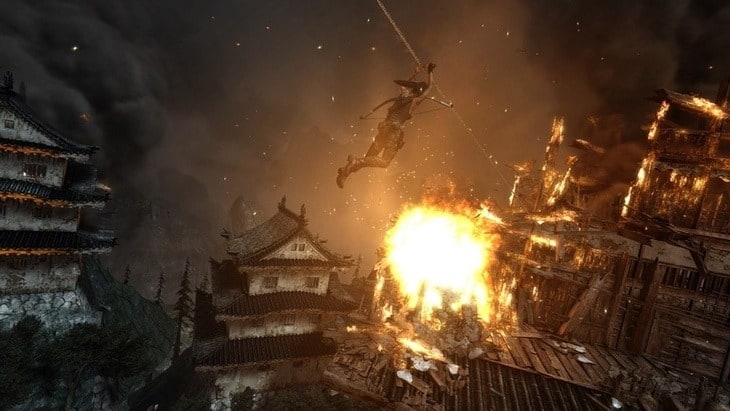 Testing the game using the Normal preset, we got 121.2 FPS. Those results are completely out of the park, meaning there’s a lot of margin left to bump graphics settings much more and still expect a smooth experience.

I turned the settings to their highest and set the resolution at an impressive 2560×1440. Even under such demanding conditions, my iMac still ran at an average of 40.8 FPS, which is great.

Expect to be able to play this game even at the highest settings and resolutions and still get over 30 FPS.

Can you play Rise of the Tomb Raider on a MacBook Pro?

Integrated graphics are not ideal for gaming and demanding games make that statement painfully obvious. In this case, my 13-inch 2016 MacBook Pro with integrated graphics scored 43.8 FPS. That’s way above our 30 FPS target.

If you have one of the newer Macs, it doesn’t matter which one, you can expect it to run this game smoothly.

The initial results of 26.3 FPS and 21.1 FPS using the 2014 Mac Mini and 2012 MacBook Pro respectfully were technically too low. But again, this was expected from older machines with weak graphics. But can something be done?

Using the 2012 MacBook Pro, we went ahead a lower the game’s settings even more: 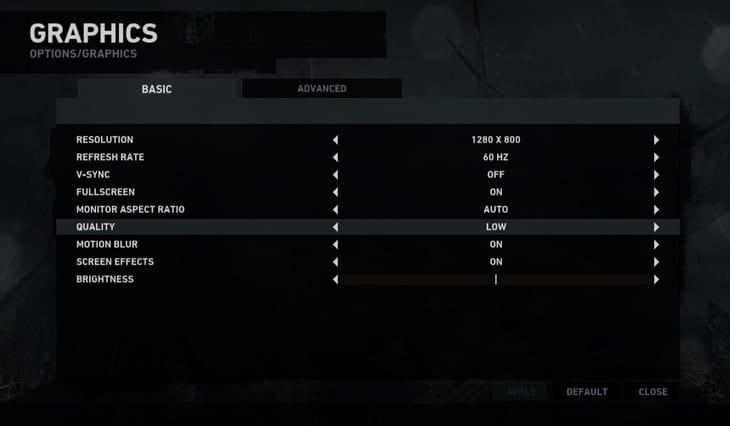 At practically 30 FPS, Tomb Raider is playable if you are prepared to compromise graphics fidelity and play the game at lower settings.

If you have an older Mac with Intel HD Graphics 4000 or better, it is possible to play this game at the lowest settings.

Bottom line: This is one fine port from Feral Interactive that can easily adapt to a wide variety of setups. Do you have a powerful Mac? Bump the settings to high and enjoy the great graphics.

Do you have an old Mac but you still want to play this game? You can if you’re prepared to play it on the lowest settings.

Tomb Raider is available for download from several digital stores including Steam and Humble Bundle: