When Cuphead burst on the scene, it’s 1930’s-inspired hand-drawn graphics and original jazz soundtrack wowed players almost as much as the difficult gameplay did.

Last year, Mac users finally got the chance to try their hands at this run-and-gun action game, where boss battles feature prominently and game controllers are known to suffer the consequences of players’ frustrations.

The game quickly became a go-to adventure game for Mac, but does Cuphead’s beauty and difficulty restrict it to only the newest, most powerful machines? Or does its 2D nature mean Cuphead is available to a variety of Mac gamers? That’s what we’re here to tell you.

While Cuphead’s looks are old fashioned, its gameplay is definitely modern and includes full controller support, local co-op, and a variety of worlds, weapons and special moves to uncover as you (slowly) progress through the game.

Make no mistake, this game is difficult and you will die often as you figure out the way through each level. 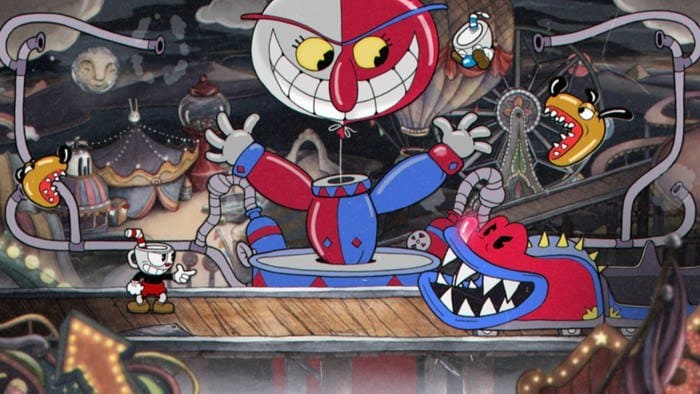 If you’re still here, you probably know that Cuphead is one of the best-reviewed games, indie or not, of the last several years. In addition to winning a variety of awards, it continues to score Overwhelmingly Positive reviews (95% overall) on Steam and boasts an impressive 88/100 Metascore:

A special, once-in-a-generation type of game. Cuphead would have flourished on its brilliant art-style and visual aesthetic alone, easily. Yet what truly sets it apart from anything released over the past ten years is how well everything binds together.

Of course, the game is also gorgeous to look at. Cuphead takes up a hand drawn art-style evocative of early Disney or Max Fleischer cartoon and is simply delightful to watch… The art is complemented by catchy music full of plonky piano claps and boisterous brass.

Despite its notorious difficulty, Cuphead continues to win raves from those brave enough to accept the challenge.

These are Cupheads Mac system requirements:

Warning: You’ll be forced to use EA’s Origins client (which I deeply dislike)

The Test: Can you play Cuphead on Mac?

These system requirements seem modest, but to evaluate how well Cuphead really runs, we’ll test it on these models:

Why these machines? We want to give you results from a variety of machines so that even if you don’t have an exact match, you should be able to judge if your Mac can handle the game. To that end we have one Mac from each of three levels:

These are the settings we used to test Cuphead using our in-house FPS counter Count It for a fixed duration of 5 minutes:

The Results: Cuphead is a GO!

Those beautiful graphics and insane amounts of activity going on on the screen at once didn’t hold back any of our machines from hitting or coming very close to the game’s 60 FPS maximum at our standard settings.

The target? This chart includes the average frames per second (FPS) recorded on each machine. We usually aim for 30 FPS, because 30 FPS is enough to guarantee a smooth and fluid experience.

Some readers argue that 30 FPS is not high enough, but it’s still what some current-gen consoles aim for, and considering most Macs were not built for gaming, 30 FPS is a good target. 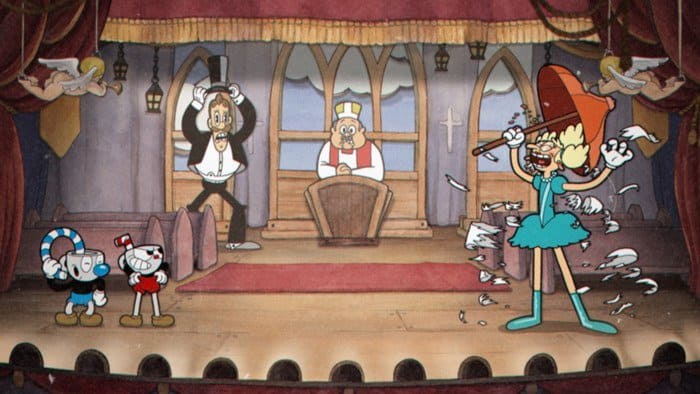 All three of our test machines aced the 30 FPS challenge, but read on further to see how far you may be able to go.

Can my Mac run Cuphead?

While our 2014 iMac may be getting a little old, it is the only one of our test machines with a dedicated graphics card. Because of this, we didn’t expect it to have any problems with Cuphead, and we were right.

In fact, with that dedicated card, and in light of the additional results from our 2016 MBP discussed below, we’re confident we could max out the settings and still have no problems.

Take away: If you have a high-end Mac, you can expect to smoothly play this game at the highest settings.

Can you play Cuphead on a MacBook Pro?

Again, looking at Cuphead’s system requirements, you wouldn’t expect a more modern MBP like our 2016, even with integrated graphics, to have a problem with our default settings. And sure enough, it easily hit the 60 FPS maximum. 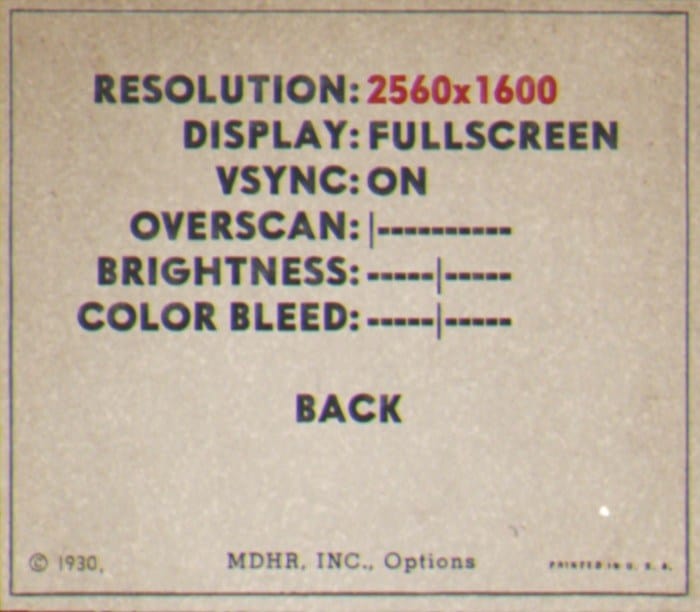 So we decided to take it to the next level, bumping the resolution up to 2560×1600. The results? We were still able to hit 60 FPS. Clearly, Cuphead is an excellent game for those with more recent Macbook Pros.

Take away: Cuphead is properly optimized for macOS and Metal and not particularly demanding. Any recent Mac should be able to handle it, even those with integrated graphics.

According to our results, no problem. Our test 2013 Macbook Pro ran the game at 56.7 FPS, which is way above our target. If your Mac is even older than that, it will really depend on your machine’s graphics. If you have the minimum Intel HD Graphics 4000 and can run Metal, you should be able to play Cuphead at least at our standard settings.

Take away: Even if your Mac has integrated graphics, if you can run Metal and have at least Intel HD Graphics 4000, you should be fine.

Bottom line: Despite Cuphead’s amazing graphics, non-stop action, and a fantastic soundtrack, it is a well-optimized game that should run just fine on any Mac that can run Metal.

Kudos to StudioMDHR for an amazing job of optimizing Cuphead so that as many Mac gamers as possible can enjoy it.