Not many video game franchises reach their 20th birthday still going strong, but The Elder Scrolls is one of the exceptions. Unfortunately, Mac users were left out in the cold… Until the release of The Elder Scrolls Online (ESO), which also introduced multiplayer for the first time.

Clearly, making an MMO Elder Scrolls wasn’t easy, and the first iterations of the game were heavily criticized. But several fixes, fundamental updates, and excellent Expansions later, ESO is now one of the most popular MMORPG Mac games.

Worried about updating to macOS Catalina? ESO is now updated to 64-bit and supports Catalina! You do need to reinstall the launcher though…

ESO is well-regarded nowadays and many considered it best MMO today. But concerns have been raised regarding its Mac performance.

We decided we had to test it ourselves, and on as many different Mac as possible, to figure out how it really runs in the real world, on real Macs.

What’s new with ESO on Mac?

ESO went through a rough patch last year when it abruptly moved from OpenGL to Metal and broke the Mac version of the game for months.

I personally re-tested the game yesterday and can confirm ESO now works just fine on macOS. You can read more about it below.

Set in the same universe but at an earlier time than previous games in the series, ESO features a wide-open world that you can explore and play in as you like.

With a rich story, plenty of side quests, crafting, battles and more, ESO allows you to explore the world of Tamriel as you wish, alone or with your friends. Few MMOs can benefit from such rich lore (except, of course, Star Wars: The Old Republic) and ESO takes full advantage of its fascinating universe.

After dealing with some growing pains and living in the shadows of World of Warcraft during its first couple of years, ESO has established itself as one of the top MMORPGs in the market. 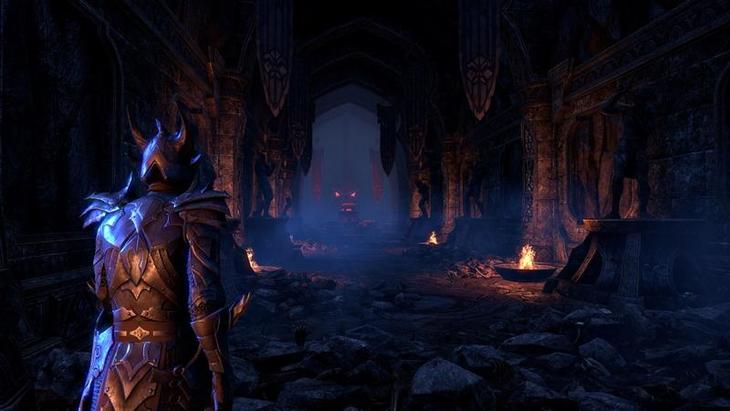 A radical change in its pricing model (a monthly subscription is no longer required), a steady flow of updates, and ambitions Expansions, have helped to keep the game fresh and the online community-engaged, both mandatory to stay relevant in the face of competition such as Final Fantasy 14.

Despite its early problems, the original game netted a 71/100 Metascore; while its latest Expansion, Summerset, did much better:

As a fan of both MMORPGs and the Elder Scrolls series, I found it to be one of the most rewarding games in the genre in years.…I’ve loved my time questing through Tamriel, and I look forward to logging back in soon.

I’m happy and proud to say it’s a game I can stand behind and support with my wallet. It strives to be different from the usual theme-park MMORPG, and it also faithfully represents the Elder Scrolls universe through lore and gameplay.

If you think that this sounds like the game for you, read on to see what our tests revealed about the MacOS version of the game.

What’s new with ESO on Mac?

The decision to abruptly move from OpenGL to Metal (via Vulkan and MoltnVK) was definitely a bad choice. It left developer ZeniMax scrambling for a fix with a completely broken MacOS version.

Unfortunately, the situation lasted too long (several months) but I’m happy to confirm the game currently works flawlessly on MacOS. I tested it myself on a 2016 13-inch MacBook Pro yesterday, April 19, 2019.

A new Expansion (and dragons!)

The Elder Scrolls Online next major expansion is called Elsweyr and will be released on June 4, 2019.

Elsweyr will feature a new zone to explore, a thirty-hour main story, a new Necromancer class, a new artifact system and more. But more importantly, Elsweyr is bringing Dragons to The Elder Scrolls Online for the first time ever.

Ever since the game was moved to Metal, the game’s system requirements have been increased:

These requirements are relatively demanding, but keep reading and you’ll be surprised to see some older MacBook Pros run this game at over 30 FPS on Medium settings!

The Test: Can you play The Elder Scrolls Online on Mac?

We figured that rendering a huge fantasy world has to be demanding, right? To see how the Elder Scrolls Online really performs on Mac, we tested it on these six machines:

We write these Performance Reviews to show you how games run on mainstream Macs. We use machines similar to what most Mac users have, ranging from the latest high-end models to older but still popular MacBook Pros or Mac Minis.

Even if your exact Mac model wasn’t tested here, you should be able to easily estimate the performance levels you can expect while playing this game. 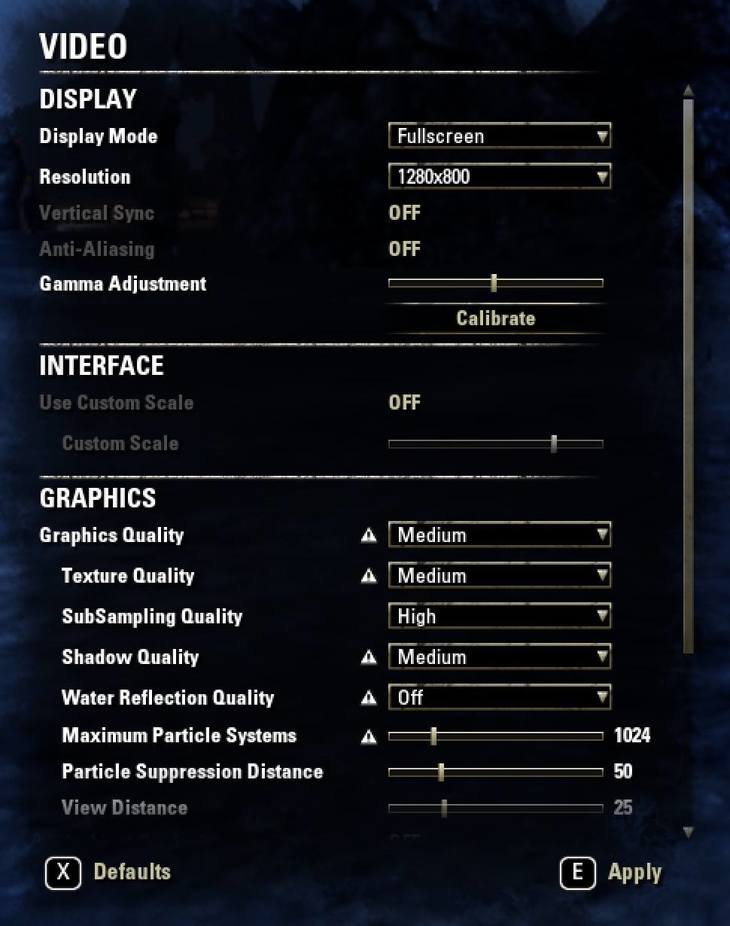 Using our in-house FPS counter, we tested all machines using the following settings:

All benchmarks consisted of 5 minutes of real-time gameplay in an open area, running around and killing everything on sight. We prefer to test games outdoors because they tend to be more demanding and taxing than indoors.

And for the record, Medium settings and 1280×800 resolution may seem low but it’s the best compromise when testing both high-end and low-end models.

The Results: Who knew ESO would be so easy to run!

This graph shows you how our Macs performed:

Results are good, bud some bugs somewhat hurt the experience. A quick Google search reveals that the game’s MacOS version has suffered from several bugs over the years.

The first time we tested this game a year ago, we were driven crazy by a frustrating installation issue. Installing the game via Steam required to download 85 GB of files. Opening the game would then open a launcher that would download another 85 GB worth of duplicate data!

Luckily, that issue is now gone. I downloaded the game on Steam yesterday and the launcher only downloaded around 3-5 GB of patches.

We have encountered some other random during our tests. Sometimes the mouse would simply not work. Other times, we were greeted by a screen glitch that would require us to restart the game. But to be fair, the remaining bugs are few and rare.

Bugs aside, the game ran great on every machine we managed to install the game on.

Can my Mac run The Elder Scrolls Online?

If you happen to have a high-end Mac, you can expect a fantastic experience.

At higher settings, both machines still handle the game with ease. Benchmarking the iMac at Ultra-High setting (the maximum possible), it still runs at a smoothly 71.5FPS.

The difference between Medium and Ultra-High settings is a measly -11% FPS, but that can be explained by the very small improvement in quality Ultra-High delivers.

In fact, the Ultra-High settings look muddier and less detailed.

But what happens when we push our high-end models to Ultra-High and max resolution (2560×1440)? The iMac can still run the game just fine at 47.4 FPS. Much lower than before, but it looks much, much better.

For the best combination of performance and visuals, we recommend keeping settings to Medium and pushing the game’s resolution as high as possible. That’s where you’ll see the biggest improvements in quality.

Can you play The Elder Scrolls Online on a MacBook Pro?

With only integrated graphics, entry-level Macs normally struggle with graphically-intensive games. But not today. ESO runs at a Smooth 50.9 FPS on our 2016 13-inch MBP.

At Ultra-High settings, the game still runs relatively fast at a Playable 39.1 FPS:

And if you find yourself with low frame rates, you can always play the game on Minimum settings. During our tests, we saw an improvement of 34% more FPS. That said, the graphics quality really suffers, as can be seen below:

Often gamers with older Macs are left behind, but ESO is a surprisingly forgiving game.

The real cost of an MMO has never been this complicated.

Nowadays, most MMOs are full of microtransactions, paid Expansions and some even have optional monthly memberships. Free-to-play MMOs are sometimes the worst.

In the case of ESO, the pricing model is straightforward. You don’t need to pay a monthly membership but the base game and Expansions are all paid. On the positive side, the Standard Edition of the game includes the previous Expansion.

To help you understand what each version of the game includes, we created this summary table including the different Expansions: