Aspyr has finally released Mafia 3 for Mac. The game was released May 11, 2017, and it supports Apple’s Metal API, making this Aspyr’s first.

It’s 1968 and after years of combat in Vietnam, Lincoln Clay knows this truth: family isn’t who you’re born with, it’s who you die for.

Now back home in New Bordeaux, Lincoln is set on escaping a criminal past. But when his surrogate family, the black mob, is betrayed and wiped out by the Italian Mafia, Lincoln builds a new family on the ashes of the old and blazes a path of military-grade revenge through those responsible.

This open-world game aims to give a lot of freedom. It lets you explore the city, but also gives you different ways to complete quests. You will have the choice between going in guns blazing or use stealth to go unnoticed by your enemies.

Similar to Rise of the Tomb Raider or Hitman, Mafia 3 uses a third-person perspective and a cover system to make both approaches fun to play. Besides gunplay, the game also features melee combat, a system that lets you interrogate enemies, and more.

PS: If you’re looking for more in exploration and less violence, Life is Strange: Before the Storm is an excellent choice.

Just like Sleeping Dogs and Mad Max, this is a fine addition to the action open-world genre available on Mac.

Into Adventures? These are our favorites adventure games for Mac:

Mafia 3 on Mac: Everything you need to know

Mafia 3 will likely be the most graphically impressive (and demanding) action-adventure game on Mac. It will support Metal, which should help improve efficiency, but the game’s graphical demands will remain very high.

If you own a MacBook, this game is probably not for you (in that case, check out our Cuphead Mac review).

The minimum system requirements are the following:

This an example of a supported model: 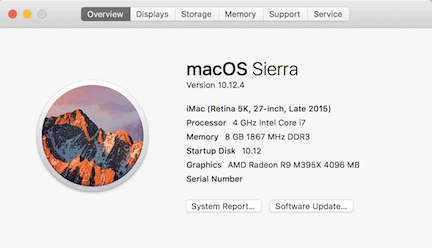 You can find instructions on how to locate your system profile in this video from Aspyr.

Also, if you’re wondering what can be expected when trying to play Mafia 3 on an unsupported machine, Aspyr’s advice is the following:

We do not recommend that you attempt to play Mafia III on any chipset other than AMD with at least 2GB of VRAM. Without meeting these requirements, users can expect sub-par framerates or severe game instability.

Thes are the ONLY qualified models:

Are you a Mafia fan? Will you be getting this one when it comes out?