This was yet another excellent port from Feral Interactive and also exciting news because the last Dawn of War was released a long time ago, in 2009. It’s really too bad it won’t receive new content anymore…

Developer Relic made the official announcement, and taking into account the game was released less than a year ago, this can only mean one thing: Poor results.

According to the company:

While Dawn of War III has a dedicated player base, it didn’t hit the targets we were expecting at launch, and it hasn’t performed the way we had hoped since.

This all effectively means planned expansions and additions have been canceled.

Where does this leave you?

In a sense, the writing was on the wall. In an attempt to modernize the franchise, Dawn of War 3 pushed hard MOBA elements and focused heavily on hero units. It was an ambitious attempt, but reviewers and gamers alike found it lacking.

The fact cross-platform multiplayer was only possible between macOS and Linux (but not with Windows), also hurt the game.

If you’re looking for a worthy alternative, we reviewed all the best strategy games for Mac here. I would simply recommend picking up the excellent Company of Heroes 2 or checking any of the several Warhammer games in the pipe.

Dawn of War 3 on Mac: Everything you need to know

Dawn of War 3 is still a good game, and if you can find it on sale, why not give it a shot? Feral Interactive will continue to support it, ensuring you’ll be able to enjoy for a long time. 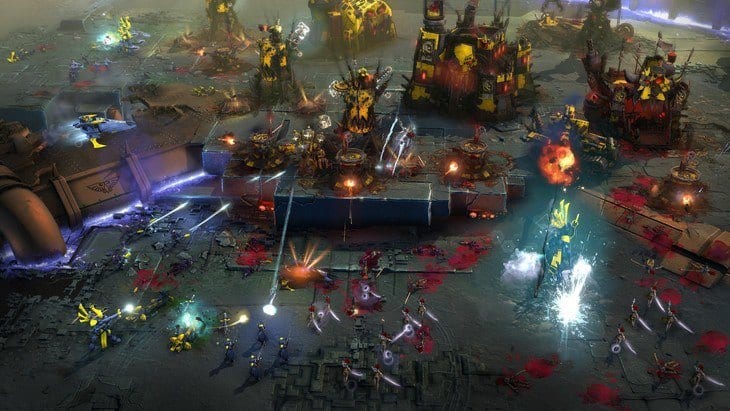 Dawn of War 3 gives you command of the heavy-hitting Space Marines, the savage Orks, and the technologically-sophisticated Eldar. You are in control of entire armies, but also elite units that can be leveled up and upgraded.

The game requires Metal, which excludes most machines released before 2012, but also means performance is good.

The minimum system requirements are the following:

These are the machines that are officially supported:

You can check Feral Interactive’s minisite for more information.