You know we’re big supporters of only playing native games on our Macs. After all, they’re the easiest to install, the easiest to run, and they directly support developers who bring their games to macOS. Plus, many of the best games support MacOS, including most indies.

But to be fair, some big games are not available on macOS and probably never will. And for those specific cases, you’ll be happy to learn you can easily run Windows games on Mac.

Today, we’ll show you all the ways you can run Windows games on Mac. We’ll review every single method, from the cheapest to the fastest:

Let’s start with my personal favorite. 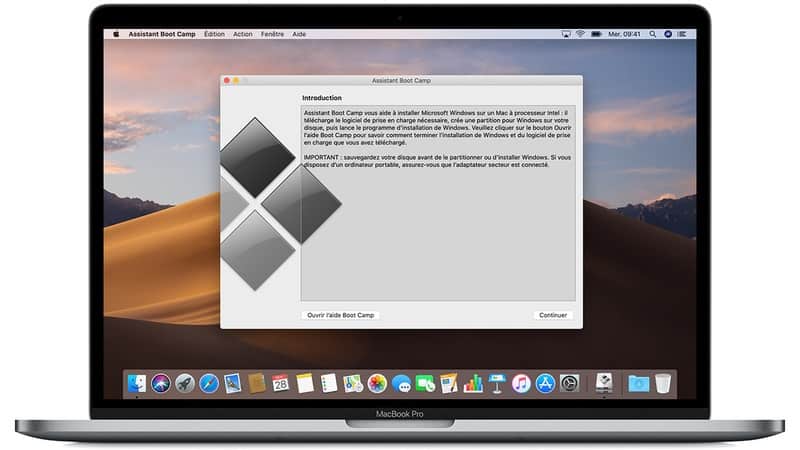 There are many ways you can play pretty much every Windows-PC game available today on Mac. Yet Boot Camp remains the most popular.

Unlike Virtualization software (which we’ll discuss in a moment), Boot Camp is a free utility that allows you to install and run Windows on your Mac in the same way you would on any other computer: natively.

Boot Camp may force you to restart your Mac every time you want to switch from macOS to Windows, but if you’re looking for performance, Boot Camp will always offer optimal gaming performance. Also, you won’t need to pay anything other than a Windows license (unless you’re willing to live with the “Activate Windows” watermark…).

How to set it up? Installing Windows using Boot Camp is straightforward. You just need to open the Boot Camp application in your Utilities folder and follow the assistant. You can also check Apple’s support page for FAQs and guides on how to install and use Boot Camp.

Bottom line: With Boot Camp, your Mac can run Windows using all it’s power, just like any other PC would.

Virtualization: The most practical solution 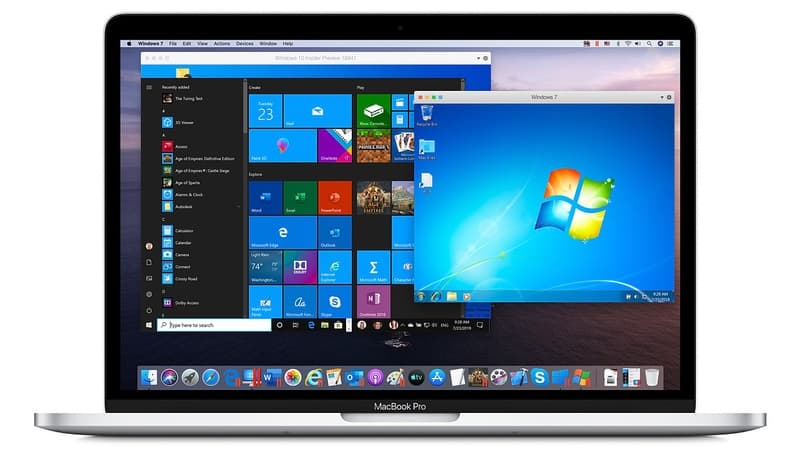 Virtualization is the most practical method to run Windows on a Mac. With a virtualization app, you can also install Windows, but you do more: run both macOS and Windows at the same time. This means you won’t have to reboot your Mac every time you want to play a Windows game.

But running two OSes simultaneously is taxing and performance always suffers. Virtualization still works great with games that are easy to run but many games can easily be too demanding.

There are many virtualization apps out there, but our favorite remains Parallels as it offers the best gaming performance. The team over at Parallels does a great job making sure Parallels can handle demanding games too, including games such as Overwatch. In that case, they went as far as working with Blizzard to ensure the best possible performance.

Pro tip: If you already installed Windows using Boot Camp, you can use Parallels to access it without leaving macOS.

How to set it up? All you need to do is follow Parallel’s installation process, which includes the Windows installation itself. Once everything is installed, you can simply launch Windows as if it was any other Mac app.

Bottom line: If you just don’t like having to reboot your Mac in order to play a game, Parallels can be a good option, especially if you’re often playing lightweight games, such as indies or older classics.

Streaming: The best performance (if you have fast internet)

Streaming is the newest method you can use to reliably run Windows games on your Mac. Thanks to services such as NVIDIA GeForce Now, you don’t even need to install Windows anymore. The heavy lifting is done by NVIDIA’s high-end computers and servers, which physically run the games. All you need is a somewhat recent Mac and a good internet connection to stream the image and send your input.

Bottom line: If you have a good internet connection, streaming is the easiest way to run Windows games on your Mac, including demanding games.

Wrappers: Cheap but hard to put in place

Finally, there is one last method you can use to run Windows games on macOS: using a Wrapper. In this guide, we shall focus on Wine.

As explained by Cult of Mac:

Wine (and wrappers in general) acts as a translator between the instructions in the PC program and the Mac operating system. It basically fools Windows into thinking they are running in a Windows environment, without actually emulating that environment (and taking the same performance hit) as Parallels does.

Wine also has the benefit of a large, open-source community for support, which means it will continue to get better and improve compatibility for a lot of games along the way.

Bottom line: Using wrappers is by far the most technical option out there. It’s not as easy to set up but is the only method that’s completely free.

As you can see, there are many ways to play Windows games on your Mac. I can’t tell you which method is the best for you because they all have pros and cons. It also depends on your existing setup and needs: How often you want to play Windows games? Does it bother you to have to reboot? Are you willing to pay for a Windows license or third-party software?

Personally, Boot Camp plus Parallels work great. I use Boot Camp when I want to play demanding games (Destiny 2 is my current obsession) but I can stay on macOS and use Parallels when I simply want to play a lightweight game such as a new indie or a remastered classic.

Which one is your preferred method? What is the Windows game that will make you go through all this trouble? I’m curious, let me know in the comments section!