Total War: Three Kingdoms was released for Mac on May 23, 2019, the same day as the Windows release (an impressive feat).

But more importantly, with some calling it the best Total War in years, is the Mac version good enough to earn a spot among the best strategy games for Mac?

But what about Three Kingdoms on Mac? Is the Mac version as polished as the Windows version? Let’s see how it runs in the real world, on real Macs.

Set in 190 AD, Three Kingdoms explores a beautiful but fractured China. The time for a new emperor has finally come, and as one of 11 legendary warlords, you’ll fight to unite the country under your rule and create the next great dynasty.

And as can be expected from a Total War game, Three Kingdoms combines a gripping turn-based campaign of empire-building with stunning real-time battles.

After so many Total War games released over the years, many thought they couldn’t be improved any further. Well, according to Vice:

Three Kingdoms Is the Best Total War Game in a Decade.

And critics and gamers all seem to agree. Three Kingdom scored an impressive Metascore and received praise from Steam Users:

What sets Three Kingdoms apart is its perfect combination of realism and romance.

And they can challenge opposing heroes in epic duels! 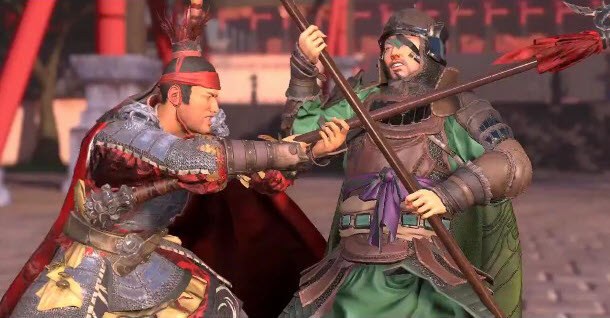 Three Kingdoms also has a “realistic mode”, in case you prefer your battles historically accurate, but those larger-than-life moments are exactly what makes Three Kingdoms great. No wonder the game has already sold over one million copies…

Ambitious and sometimes overwhelming, Three Kingdoms does a great job of capturing the complexity of China’s vivid past.

PS: To check your Mac model, select About This Mac from the Apple menu on your menu bar.

The Test: Can you play Three Kingdoms on Mac?

To see how Three Kingdoms really performs on Mac, we tested it on these four setups:

Be aware that neither our 2013 MBP nor eGPUs are officially supported. We still tested them just to see what was possible but you should not try this at home!

Even if your exact Mac model wasn’t tested today, either our high-end iMac, our average 2016 MBP or our old 2013 MBP should have somewhat similar specs to yours. 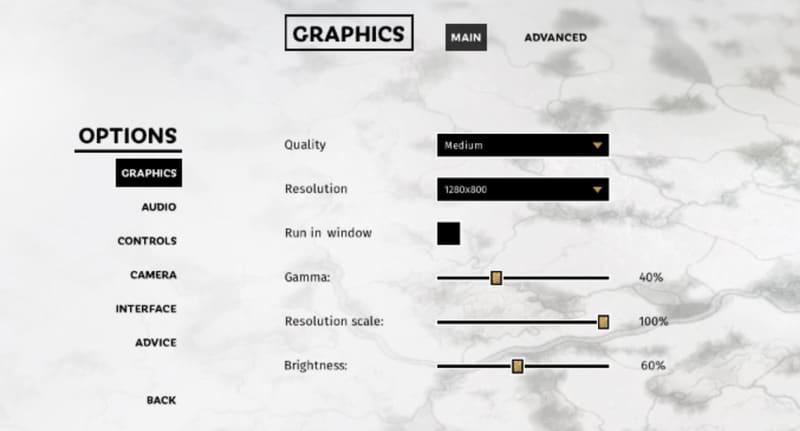 Our standard tests were performed using the in-game benchmark tool and the following settings: 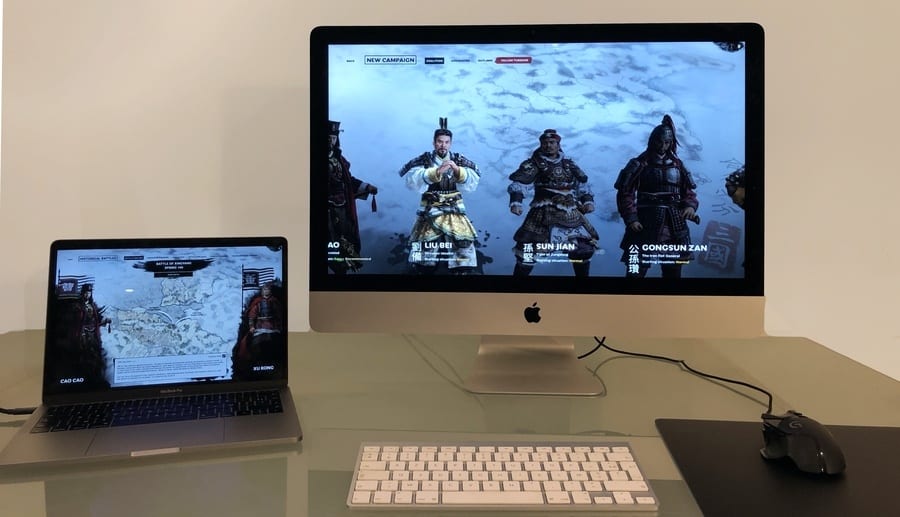 The Results: Another fine port from Feral

This graph shows you how Three Kingdoms performed on our Macs:

Keep in mind that Feral literally performed hundreds of tests to define their “recommended” settings. While we always test games on Medium settings, you should follow Feral’s recommendations.

For your reference, this is how we describe the different levels of performance (in frames per second):

As always, owners of high-end machines will be able to easily run Three Kingdoms on Mac. But what does high-end mean? To keep things simple, we’ll consider all Macs from 2016 onwards and with dedicated graphics to be high-end. 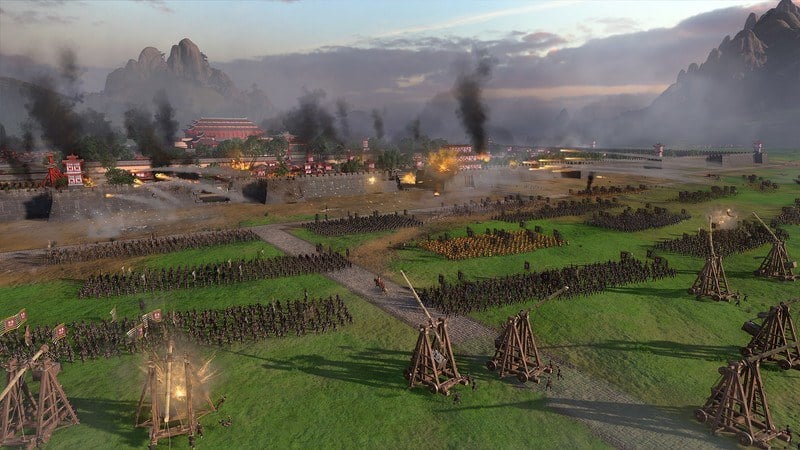 You can expect similar results on any other modern Mac (from 2016 onwards) as long as it has a dedicated graphics card, including MacBook Pros.

Pro tip: For the best combination of performance and visuals, we recommend keeping settings to Medium and pushing the game’s resolution as high as possible.

Can you play Total War: Three Kingdoms on a MacBook Pro?

That said, if you try to run the game on Medium settings, performance drops to 17.2 FPS. Clearly, any MacBook Pro can run Total War: Three Kingdoms but some will have to settle with lower than Medium settings.

On the other hand, using the recommended settings with a higher resolution (1650×1050) results in 22.4 FPS, which is borderline playable and looks better.

Bottom line: Three Kingdoms is a demanding game but any modern Mac will be able to run it, including Macs with integrated graphics. Feral Interactive clearly did a great job optimizing the Mac version of this game.

For the record, our 2013 MacBook Pro doesn’t even meet the official system requirements and you should not try this at home. We still decided to test it and see how an older Mac can handle it.

As expected, our 2013 MacBook Pro could only run the game at 15.2 FPS using the recommended settings. Our conclusion: Make sure your Mac meets the minimum system requirements!

And what about eGPUs?

Three Kingdoms on Mac does not officially support eGPUs. If you have one, you can still use it and probably have better performance than without using it. That was our case when using an eGPU with our 2016 MBP (45.9 FPS VS. 17.2 FPS on Medium settings).

It works fine but the game is clearly not optimized for eGPUs, which is probably why Feral prefers to not officially support them.

Three Kingdoms is available for download from all the major digital stores including Steam and Humble Bundle: