Into the Breach is the latest game from the team that brought us FTL: Faster than Light. FTL was such a resounding success, I wondered whether developer Subset Games would be able to do it again. After all, most indie developers fail to create a hit, let alone two…

But Subset did it. Into the Breach is an excellent game that’s easy to get into, yet challenges you and keeps you on your toes.

This pixelated tactical game deserves all the praise it received and I can easily recommend it as one of the finest strategy games for Mac right now.

Into the Breach is a turn-based strategy game that focuses on tactics. The game puts you in control of giant mechs that you’ll use to save the world from alien invaders.

This is a tough game where every decision counts and you’ll definitely die a lot. But that’s ok because every attempt to save the world takes place in a randomly generated world with new challenges.

Into the Breach for Mac was released on August 9, 2018. By then, the Windows version of the game had already earned the praise of both critics and gamers:

If you’re unfamiliar with Metascores, I can tell you that an 89/100 score is impressive. And the same goes for a 91% positive Steam User reviews. Gamers can be a tough crow (borderline vindictive in some cases), but the verdict is clear: Into the Breach is a great game.

And I couldn’t agree more. I couldn’t have said better than PC Gamer did:

Exacting, agonising, challenging, and intensely rewarding, Into the Breach delivers in the tiniest package the most perfectly formed tactics around.

Or as IGN puts it:

Every turn creates […] frequent eureka moments as you learn to make the most of the abilities you’re given to work with. It’s a small-looking tactics game that’s kept me playing more intently than most big ones.

The game looks so simple and streamlined, it’s surprising how challenging and rewarding it can be. I guess one does not expect as much depth from such a seemingly small package.

Into the Breach is an excellent strategy game. The pixelated graphics get the job done, but it’s the gameplay that excels. Somehow, this is a game that is extremely easy to get into, yet challenging enough to make you feel smarter every time you play it. It’s like suddenly realizing chess is fun and you’re actually good at it. 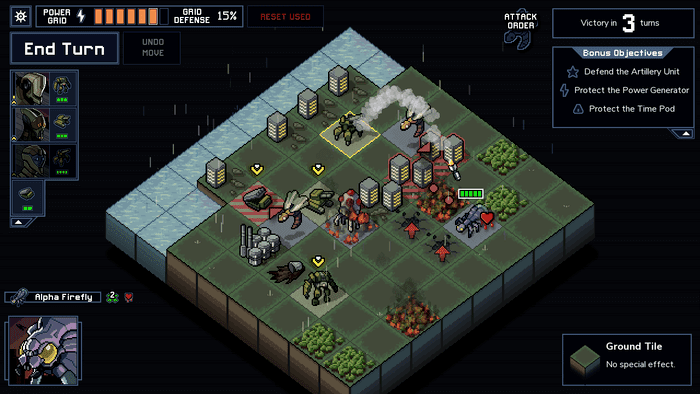 But as always, I prefer to refer you to professional and thorough reviews I can agree with, such as IGN’s or PC Gamer’s below. They do a much better job at describing the game’s strengths and weaknesses than I ever would.

Plus, we’re here to focus on the Mac version of the game, so let’s get started.

Into the Breach Mac requirements

These are Into the Breach’s Mac requirements:

As you can see, the game is anything but demanding. This makes our tests easy and our conclusion reassuring, especially for those of you with older Macs.

For the record, the game did take longer to come to MacOS because of issues with the Unity engine. But I’m happy to report that Subset Games successfully solved them and the game runs flawlessly on MacOS.

The Test: Can you play Into the Breach on Mac?

As always, we tested the game on the following machines to see what it takes to run it on MacOS:

And these are the settings used for our tests: 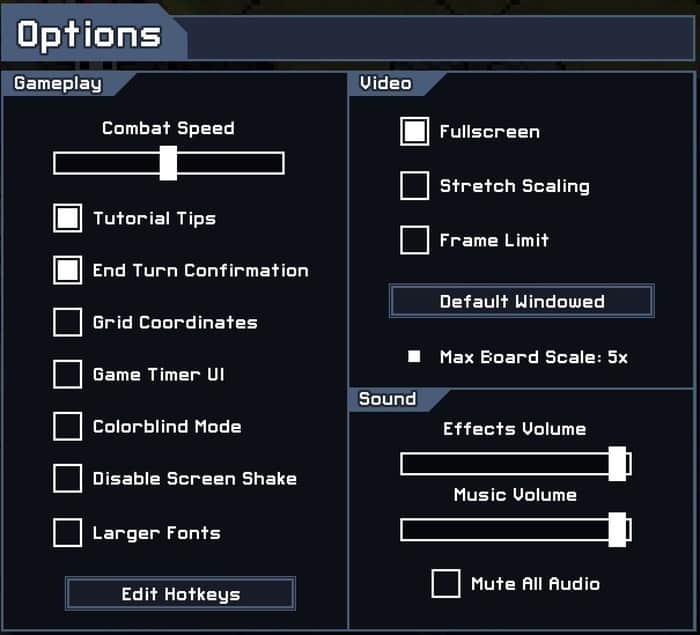 The resolution used was “full screen” and couldn’t be changed manually. Therefore, you can consider our general Mac resolution: 1440×900.

Also, every machine was tested while playing the game for about 10 minutes using our in-house FPS tool, Count It.

The Results: A perfect game for MacBook owners

This is how each and every one of our machines runs the game:

Can my Mac run Into the Breach?

This is the part where we usually get down to the nitty-gritty, testing different settings and resolutions to see how well different Macs can run the game. In fact, our most useful tests are about figuring out if a game can comfortably run on an older MacBook.

With Into the Breach, our results and conclusions are as straightforward and boring as they come: the system requirements are so low, it can probably run on anything.

Case in point, our older and less powerful Mac, the 2013 13-inch MacBook Pro, ran the game at a Smooth 57 FPS. The results would have been even higher but the game is locked at 60 maximum FPS. 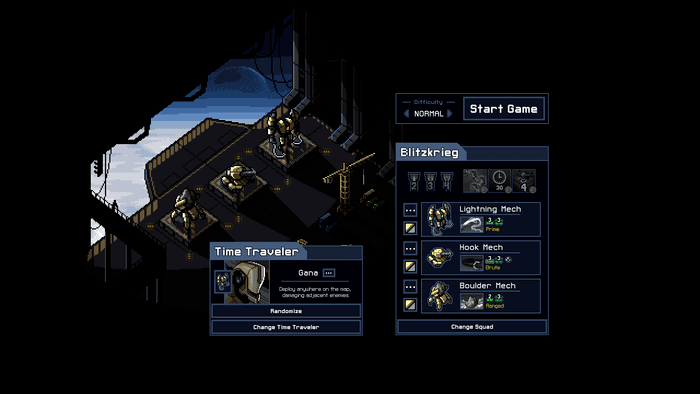 Takeaway: Anything over 30 FPS is more than acceptable, and for a turn-based game with a slow gameplay, even 25 FPS could work. Which means your Mac will be able to handle this game just fine, even if you have an old MacBook from 2010.

Can you play Into the Breach on a MacBook Pro?

It’s always frustrating when a MacBook user asks me what games he should try and all I can recommend are old games from 10 years ago. From now on, I’ll make sure Into the Breach is one of the first games I recommend.

This is a game that uses retro-looking pixelated graphics but doesn’t feel old. It’s all about tactics and strategy here,  graphics are secondary.

Plus, the game is so small (200 MB) and uses so little battery, it’s the perfect game to take on the go.

Into the Breach can be downloaded from any of the major digital stores, including Steam and our favorite, Humble Bundle: