Once the only big-time developer to consistently support Mac gaming, Blizzard disappointed us when it didn’t release Overwatch on Mac.

Every other game from Blizzard is available on Mac, so why not Overwatch? And to make matters worst, Overwatch went on to become one of the most popular and critically-acclaimed shooters in years.

And in the meantime, Mac support (or lack thereof) was never even acknowledged, until last year…

Is Overwatch ever coming to Mac?

Overwatch wouldn’t just instantly become one of the best FPS games for Mac, it would be the hottest games the platform has received in a long time. That explains why the entire Mac community went insane when a Reddit user found a way to install it on MacOS: 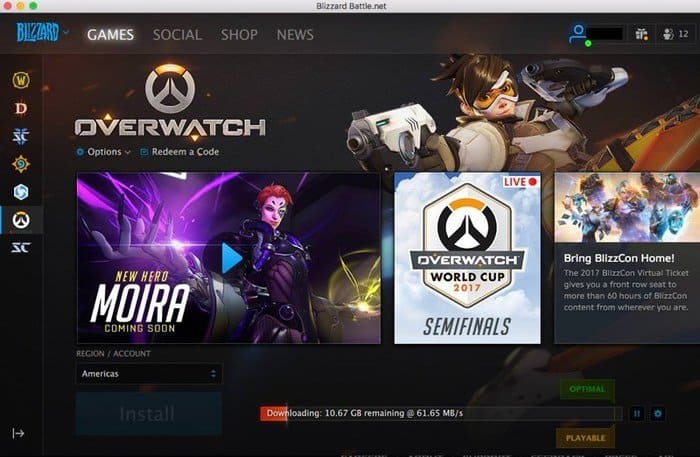 And even though the game was unplayable, many believed it was proof Blizzard was secretly working on it. Apple Insider went ahead and performed more tests to confirm the installer was properly signed by Blizzard and recognized by Battle.net.

The “Blizzard is working on it” theory also made sense because Jeff Kaplan, VP at Blizzard, once said:

We are open minded to it, we just need the priorities of our development process to line up with the capabilities of the platform in order for it to become a reality.

So could Blizzard be preparing for a surprise launch?

Don’t get your hopes up

We have no plans of giving this game on the Mac.

There are several technology decisions that Apple has made that has made it a little difficult for us to release Overwatch in the way we want it to be consumed, and that is why we haven’t pursued it.

So there you have it, Overwatch on Mac isn’t happening anytime soon. That said, there are still ways to play it on a Mac (or worthy alternatives should you refuse to use Windows).

How to play Overwatch on Mac

While we prefer to run our games natively, some games are so good, we are willing to boot Windows to play them. Overwatch is definitely one of those games.

But what is the best way to run Overwatch on Mac using Windows?

There are several methods at your disposal, each with its advantages and drawbacks: 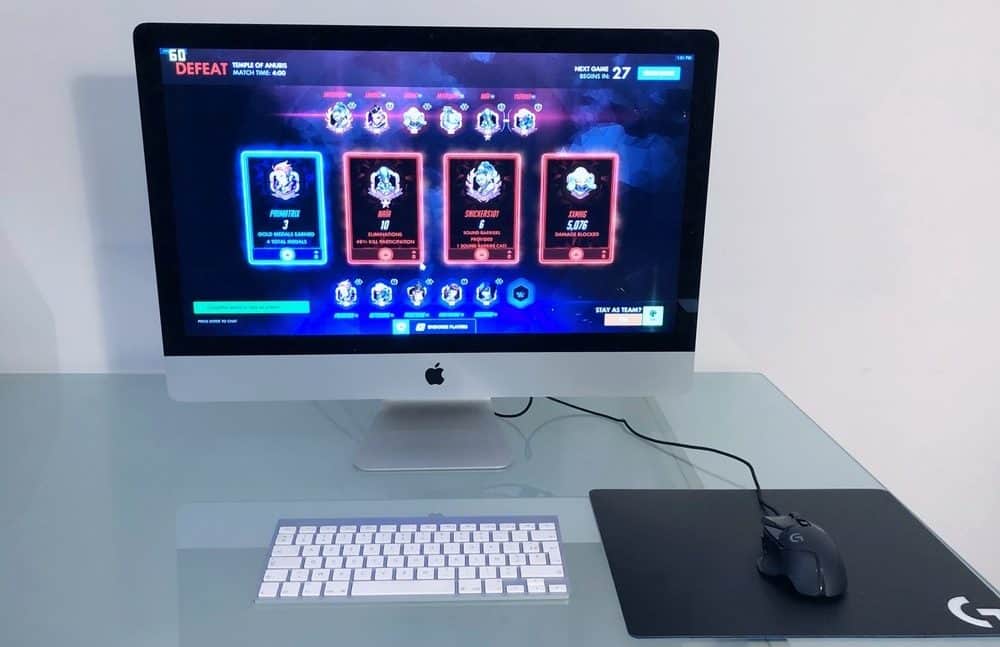 All our tests were performed on Low Graphics Quality and 720p resolution (we know, these are surprisingly low settings but we wanted to give Parallels a shot): 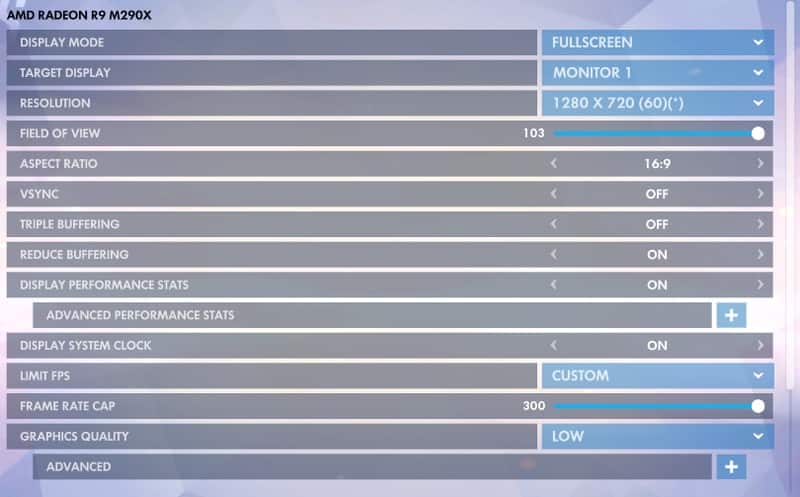 As expected, Parallels struggled, even on Low settings, while Bootcamp, on the other hand, performed great:

Parallels is the easiest way to run Windows on Mac. There’s no need to reboot your computer and it gives you access to both MacOS and Windows at the same time. I use it all the time as it covers all of my basic Windows needs.

Parallels is often fast enough to properly run games with low requirements and the team over at Parallels went as far as to work directly with Blizzard to ensure compatibility with Overwatch.

But running two OSes simultaneously is too taxing to run a game like Overwatch. In our tests, Overwatch runs at barely 17 FPS, which is much too low to be playable. 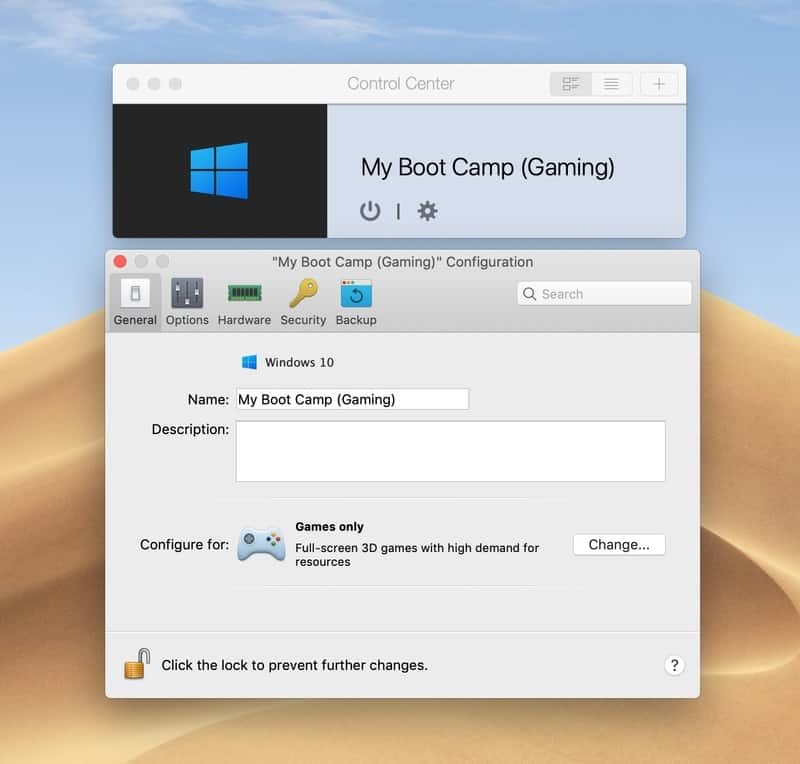 We even configured Parallels to prioritize gaming performance, but the results were not any better.

Unlike Parallels, Bootcamp allows you to run Windows on your Mac in the same way any other computer runs Windows: natively. If you’re looking for performance, Bootcamp is the way to go.

With Bootcamp, our 27-inch iMac runs Overwatch at a whopping 177 FPS, meaning you’d be able to easily run the game on Medium settings and 1080p or more.

What about the other methods?

There are other methods out there, such as Wine or Streaming. Both methods can work but I find Wine to be unnecessarily complicated and Streaming too expensive. In any case, whatever the method you chose, make sure your Mac meets Overwatch’s system requirements:

But what if you’re not willing to deal with Windows? Are there worthy alternatives to Overwatch on Mac?

We’ve covered the best FPS games for Mac before, but if I had to recommend a few, these are our favorites:

But what if you’re looking for a hero shooter? In that case, you have two excellent options:

While many discarded it as a free-to-play Overwatch clone, Paladins has proven to be much more than that. Most of the playable characters may be locked behind a paywall, but the game is still a lot of fun, with refined gameplay and shooting mechanics, good graphics and smooth MacOS performance.

And, did we mention it was free-to-play? Paladins is so good, it’s hard to believe it’s free. You’ll see! 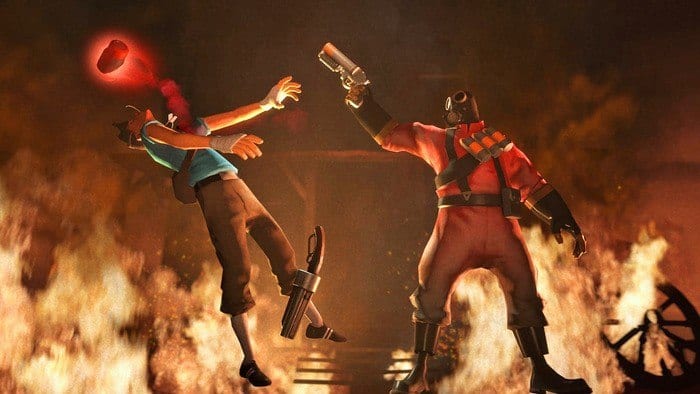 Team Fortress 2 basically invented the hero shooter genre. While not as fashionable as it once was, Team Fortress 2 still has one of the most active and engaging communities out there. Thousands of players still play it every day, and being another free-to-play game, you can download it and test it out for yourself.

Are you a Team Fortress 2 loyal fan or are you willing to go through the trouble of using Windows to play Overwatch?