Deus Ex: Mankind Divided Mac Review: Can you run it? 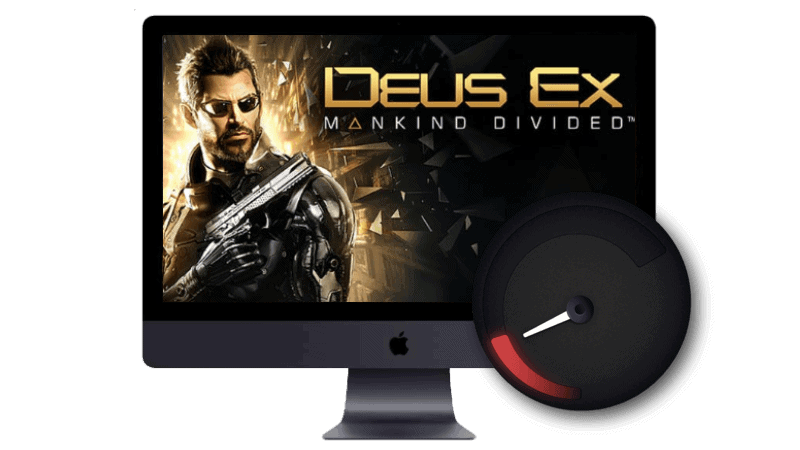 Let me just go out and say it: Deus Ex: Mankind Divided is the hottest macOS game right now.

With a heavy focus on customization and providing different ways to tackle your objectives, Mankind Divided is one of the most top FPS games for Mac.

And naturally, we all want to know what it takes to run such a demanding game. Feral Interactive added support for Metal 2, but will it be enough?

DiRT Rally, the last game we reviewed, was an amazing port that could run on an amazing variety of Macs. But is it the case for Mankind Divided too? Let’s find out…

Released just a few weeks ago, Mankind Divided is the latest port from Feral Interactive and one of 2017’s best-looking macOS games.

As always, there are more than enough reviews available to figure out if this game is any good. I will focus on the game’s Mac performance in a minute, but first, let’s see how good it really is.

Performance aside, is it worth the $60 it costs?

Profesional reviewers tend to agree: it is. The Windows PC version of the game has an impressive 83 Metascore (which is a weighted average of scores given by critics). IGN gave it a 9.2/10 score while PC Gamer gave it an 88/100 score, calling it:

A  beautiful, smartly designed game set in a gorgeous futuristic city, but with a story that doesn’t quite do it justice. 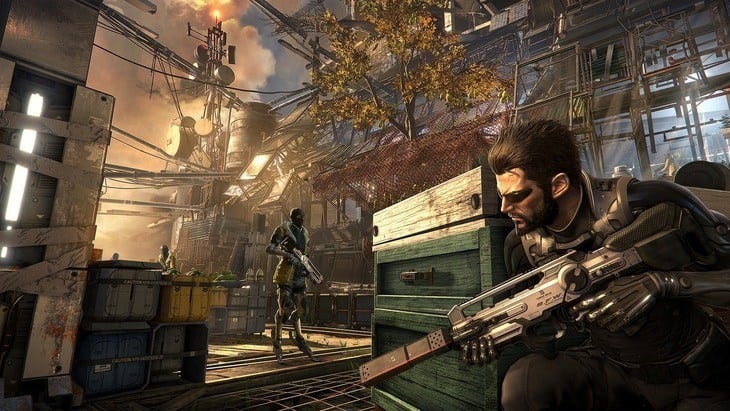 Digging a little deeper, many users were upset because of the DRM used on the Windows version, microtransactions, and apparently poor DLC. Knowing how easily Steam users can review bomb a game, I would take this with a grain of salt.

My take? This is a solid game that got perhaps too much hate because of DRM and microtransactions. If you’re looking for a good action game with RPG mechanics and great graphics, Mankind Divided is a safe bet.

These are the game’s official system requirements:

The following Macs are capable of running the game but are not officially supported:

If you don’t have one of these, I’m afraid this game isn’t for you…

The Test: Can you run Deus Ex: Mankind Divided on Mac?

But can your Mac run it? To give you a proper answer, we went ahead and tested the game on four different models:

⚠ Be aware the 2016 MacBook Pro and eGPUs are not officially supported. Feral is working on eGPU support and should make an announcement as soon as it’s ready.

These are the settings we used to run the game’s internal benchmark :

Remember, the aim is not to get the most frames per second possible, but to see how these machines would run the game under normal conditions. 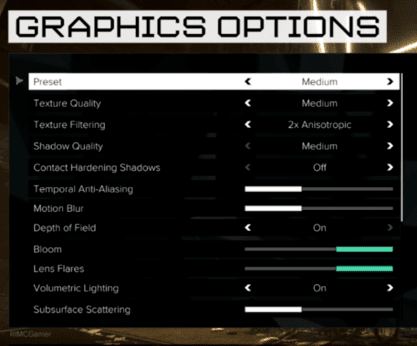 The Results: You’ll need a lot of horsepower…

The game looks undoubtedly great, but that comes at a price. This is a very demanding game that requires a powerful machine:

Both the 2017 MacBook Pro and iMac passed the test, while the 2016 MacBook Pro couldn’t even launch it. Not surprising, but let’s take a closer look at the results.

The brand new top of the line MacBook Pro

The thing is, it only did 40 fps. For one of the most expensive MacBooks available, sporting an Intel Radeon Pro 560 with 4GB of video RAM, this is a clear sign that Mankind Divided is a very demanding game.

The slightly old top of the line iMac

Indeed, my 2014 iMac is starting to show its age, but with a Radeon R9 M290X card and 2GB of video RAM, I was confident it would easily run it too.

With an average of 36 fps, it can run the game at acceptable levels, but just as before, this is once again proof that is a very demanding game that should be reserved to those with a top of the line Mac.

The new but basic MacBook Pro

The results on my 2016 MacBook Pro confirmed my suspicions. This is a very demanding game that needs a powerful graphics card. Anything else won’t cut it.

In this case, the game wouldn’t even launch, which is why you cannot see a gray bar on the graph above: 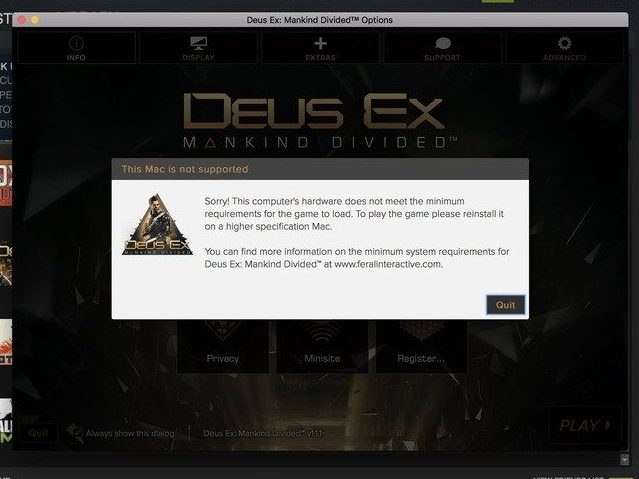 If you have a Mac with integrated graphics, you now know what to expect… Feral Interactive did warn us, this is a game with huge system requirements.

A MacBook Pro with an eGPU

One solution if you’re stuck with a recent but lacking MacBook Pro would be to give eGPUs a try. The performance improvement is phenomenal (going from “can’t run it” to better results than a 15-inch MacBook Pro), but it’s an expensive setup still in beta. I would wait for Apple’s official support first…

We still like to test machines that are below them anyway, just to see what would happen (hoping something can be eeked out on the lowest settings), but that comes at the risk of buying a game you won’t be able to play.

This is yet another reminder that you should…

Deus Ex: Mankind Divided is available for download from all the major digital stores including Steam and Humble Bundle.