The best Star Wars game on Mac: Knights of the Old Republic 2

Are you a Mac gamer and a Star Wars fan? I’m afraid I don’t have good news for you.

The Mac has never been the platform of choice for serious Star Wars fans. After all, the company in charge of Star Wars games, EA, is notorious for having no love for macOS. When was the last time we saw an EA game on Mac?

But we knew that already. Yet, 2019 was particularly tough because it was the year the majority of Star Wars games on Mac were discontinued.

The good news? Knights of the Old Republic 1 and 2 are here to stay. 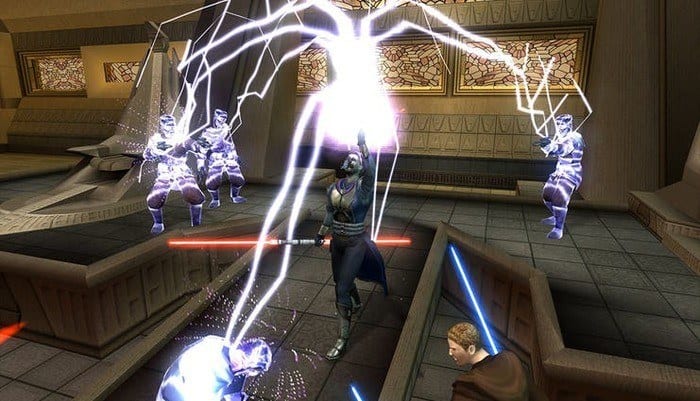 All the Star Wars Mac games you can no longer play…

The Force used to be strong on Mac. In fact, several Star Wars games had an official Mac version, until recently… Indeed, with Apple’s decision to stop supporting 32-bit apps, most of the great Star Wars games available on Mac no longer work on the latest macOS versions (from macOS Catalina onwards).

On top of that, Aspyr Media, the company in charge of most Star Wars Mac games, officially announced that a large part of their back catalog would be discontinued. 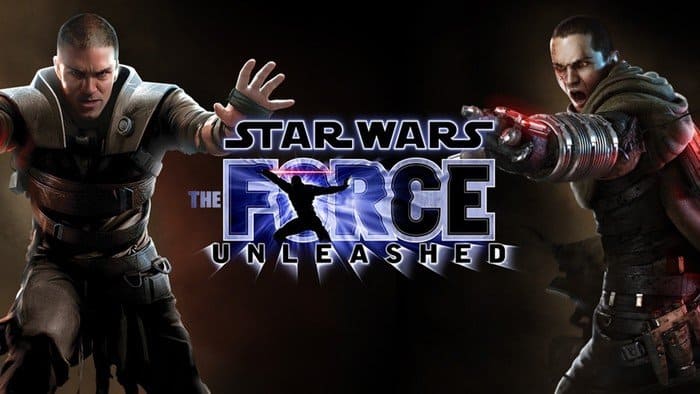 A once a great Star Wars choice, no longer available for Mac…

Unfortunately, their list of discontinued games includes most of their Star Wars games:

Not everything is bad news. If we take a look at GOG’s catalog of older games, they still offer a few Star Wars games for Mac:

Granted, these are old-school games that only retro gamers will appreciate, but it’s still good to have options. For the rest of us, one of the most critically-acclaimed Star Wars ever released remains at our disposal.

Star Wars: Knight of the Old Republic 2 on Mac

KOTOR 2: The Sith Lords is the sequel to the cult classic Star Wars: Knights of the Old Republic. In KOTOR 2, you take control of an exile who rediscovers her connection to the Force.

As with any other RPG, you will choose your character’s looks, but through certain dialogue options and decisions, you will affect your character’s alignment with the Force. Acts of kindness and nobility reflect the light side, while cruel or vile, the dark side.

Star Wars: Knight of the Old Republic 2 was released for Mac on July 21, 2015. But that wasn’t just a Mac release 10 years too late, it was the release of a remastered version of the game.

With that release, Aspyr made an already great game even better:

The update included the following: 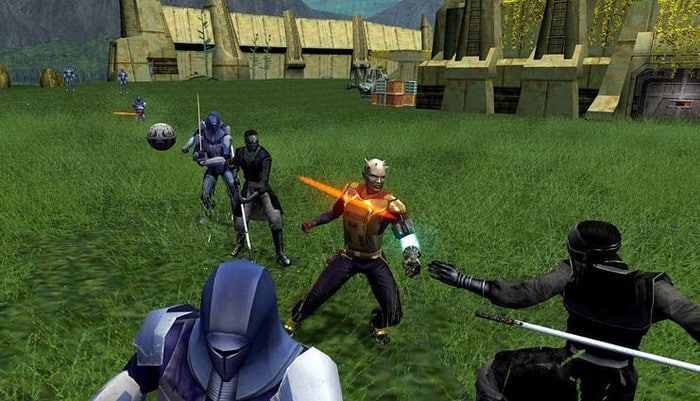 And while all those features are excellent additions, the Restored Content Mod is probably the best one. As explained by Kotaku:

The Restored Content Mod is a years-spanning project that aims to return the game to its proper form—rather than the sloppy, stitched together version that was originally released due to publisher pressure and time constraints.

The mod adds a handful of endings and the infamous HK Factory and fixes hundreds of bugs.

If for some reason, you missed this excellent RPG 15 years ago, this is the best time to give it a shot (especially if a sequel is indeed in the works).

These are the game’s minimum system requirements are the following:

To learn more about the game, head over to Aspyr’s dedicated FAQ page.

We usually run extensive benchmark tests on several machines to help you figure out whether your Mac can run it or not. KOTOR 2 is a 15-year old game that should run on most Macs out there.

For that reason, we simply recommend you make sure your Mac meets the modest system requirements above.

Are you desperately looking for the best Star Wars game you could play on your Mac? Look no further than KOTOR 2.

KOTOR 2 is available on most digital stores including Steam and Humble Bundle. And if you hurry, you can get it 66% off!