Warcraft 3 Reforged, the remaster of 2003’s Warcraft 3: Reign of Chaos, is now available for Mac. The game was released yesterday, January 28, 2020, and can be downloaded from Blizzard’s official site.

It’s tempting to downplay remasters as just updates of old games. But Warcraft 3 was a big deal and Warcraft 3 Reforged promises to be one too.

Warcraft 3 completely revolutionized real-time strategy games and introduced many of the characters, locations and concepts that went on to play major roles in Blizzard’s World of Warcraft and Hearthstone.

On top of that, Warcraft 3 also offered unparalleled mod support, which lead to the creation of Defense of the Ancients and the birth of the MOBA genre itself.

Warcraft 3 Reforged on Mac: What to expect

Needless to say, Warcraft 3 is still considered a cult-classic. This explains why the announcement of Warcraft 3 Reforged created so much hype.

The game promises to keep the same gameplay as the original, but supplement it with revamped graphics, improved modding support, an altered campaign, and balance changes. When it comes to gameplay, Blizzard aims to create an extremely faithful remaster. So much so, that Reforge players will be able to play multiplayer against those running the original version of the game. 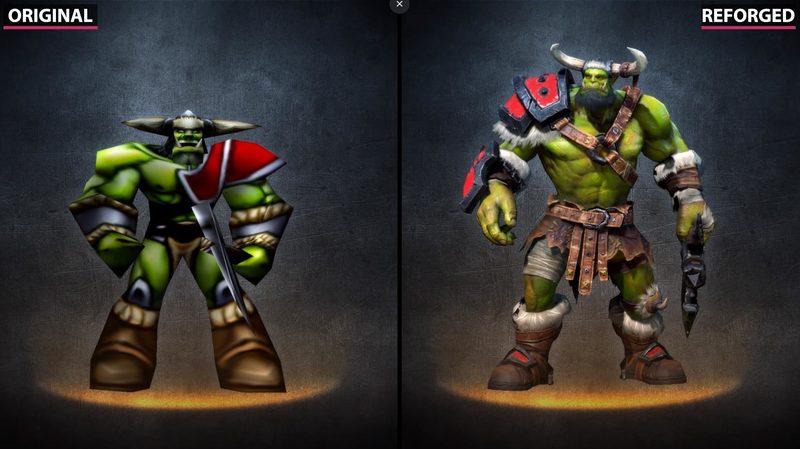 On the other hand, the game’s graphics will be completely overhauled. The game will support 4K, every unit, map, and texture have been rebuilt, and all cut scenes have been remodeled. All of this will be optional, of course, as you’ll be able to toggle between remastered and original graphics.

What else will be included?

On top of the base game, the critically-acclaimed Frozen Throne expansion is also included. You’ll also have access to map and mod editors and online multiplayer powered by Battle.net.

These are the game’s official system requirements

At first glance, these requirements may seem high for a remaster, but you can still expect it to run well on all modern Macs. For example, Starcraft 2 is another forgiving strategy game from Blizzard.

Reforged is available on Battle.net now for $29.99 for the Standard Edition or $39.99 for the Spoils of War Edition. Both include the original Reign of Chaos campaign and The Frozen Throne expansion.

The Spoils of War edition also includes extra hero skins and goodies for other Blizzard games such as a Diablo 3 pet, Heroes of the Storm heroes, StarCraft 2 console skins, a Hearthstone card back, and sprays and player icons for Overwatch.

It is worth mentioning that the game was released in a poor state. Hopefully, Blizzard will announce improvements during the upcoming Blizzcon 2021.

Are you planning on picking this up? Perhaps you’re already playing the beta? If you are, let us know in the comments section how the Mac version runs!