If you are a gaming enthusiast, you know that gaming is not just limited to shooting and racing anymore. It has evolved to branch into various other genres and types. Among the most popular genres like sandbox, MOBA, role-playing, 4X has gained massive popularity in recent years.

Beginning with the popularity of Civilizations 6, the 4X genre has come a long way. Today, there are countless games based on the 4X genre, and one of those is Humankind.

Humankind is an upcoming 4X video game developed by the creative minds of Amplitude Studios. It is not released yet, but if you want to know more about it, continue reading. 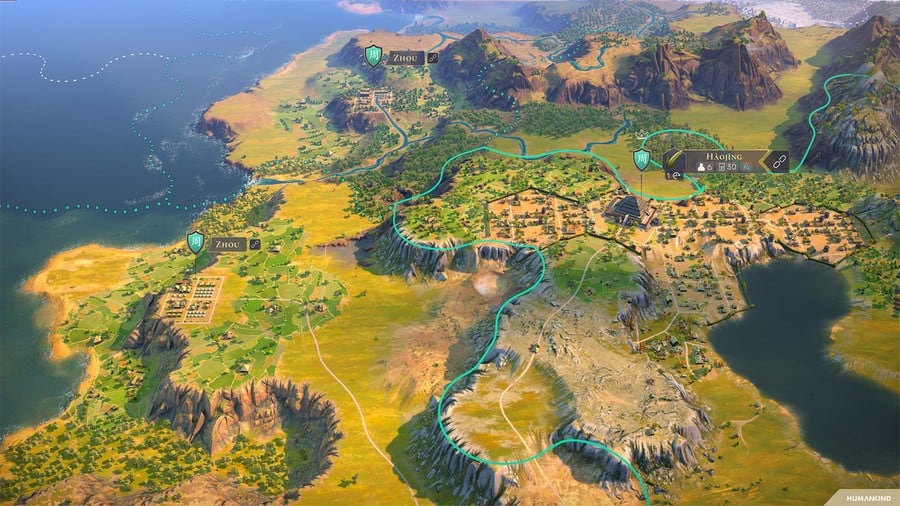 4X is one of the strategy games genres that checks out 4 Xs, namely:

Thus, 4X games frequently make the player a ruler of a kingdom or land. The purpose of these games is to explore as much land as possible. Then, to occupy it, use it, and exterminate it. Typically, players that love strategy games will adore 4X just as much. So, such games involve a lot of decision-making and tactical movements.

Many games classify as 4X, and you should give this genre a chance. After all, you get to build your digital empire, improve it, and help it flourish!

What is Humankind all about?

Humankind is a 4X strategy game with countless aspects for the players to dig in and explore. It features various eras, civilizations, cities, militaries, etc. that makes it a fully packed box of entertainment.

Yes, the game is a direct rival to Civilization 6, but it is not exactly like that. Unlike Civilization, Humankind is multicultural and has six eras in total.

Each of the eras in the game has a particular timeline that comes into play one after the other. When the game begins, you are in the prehistoric era where you have to start from scratch, like making the foundations of your culture. During this time, you are required to build your initial refuge or settlements and make a critical decision if you want to split up from your tribe and explore more ground or stay together at the cost of covering less ground. You can make this decision based on your preference. However, it is crucial to note that you will be vulnerable to dangers if you split up.

Once the era ends, you will be required to choose from multiple cultures, each of which has its unique traits.

When it comes to cultures, there are many in Humankind. Here are some of them:

As mentioned above, each of the cultures has its unique traits, and at the end of each era, you will get all the traits of that culture. For example, if you chose Nubians culture, you would acquire the traits related to commerce as they have the talent for commerce.

As you can choose the culture at the end of each era, you can make your people multicultural, and it will be clearly visible in the infrastructure of their cities. You may also see Chinese rocket carts and Roman Praetorians within the game.

In short, the choices that you make in the game heavily affect the visuals and actions you see in the game.

Characters are the heart of every game. As you will not have any established civilization in the game, it will depend on you how you want to develop your character, just like your civilizations.

Humankind offers ten types of cultures to choose from, and you can mold your character as per your culture by adding and adjusting various visual indicators offered by the game. Just like RPG games, you can adjust the sliders to get the required detailing.

In a 4X genre game, the key aspect is the ground where you are located. After all, if you want to conquer a place, you need to be better than your opponent. Hence, having a higher ground or location is the best in Humankind. It becomes easier to scout as well as attack from higher ground.

Further, the game offers you the ability to find various important landmarks like a desert or an ocean. You can name them to garner fame for your civilization. Moreover, you are also free to look for interesting locations. Each territory in the game has its own biome that distinguishes the landscape of each of them.

So, here ends the brief overview of Humankind, a brilliant upcoming game for Mac.

When will Humankind for Mac be available?

The game will be released on 17th August 2021. So, keep your gadgets ready. You can get it on Epic Games Store, Steam, and Google Stadia. Luckily, it will immediately be available for macOS. So, no need to wait!

As you now know where to find the game and what it features, you just have to be patient for a little more. However, when it arrives, be sure to give it a shot.

Now, you can pre-order it, for instance, on Steam. If the price seems discouraging, there is no need to worry. Visit Steam or another provider daily to see whether you can get a discount. Additionally, you can use a VPN for Mac to change your IP address. What will this do? Well, you will change your location, and online entities will adjust their prices. Such geo-based price differences refer to price discrimination. With a VPN, you can overcome them and avoid overpaying for certain goods.