Crusader Kings 2, one of our favorite Strategy games on Mac, is now free-to-play.

And we don’t mean free-to-play for a weekend or a “free” game plagued with micro-transactions. The game is now permanently free to keep, entirely, and includes every feature available. If you ever wanted to give Crusader Kings 2 (CK2) a try, today is the day.

Worried about updating to macOS Catalina? Crusader Kings 2 is now updated to 64-bit and supports Catalina!

The announcement came straight from developer Paradox during their conference PDXCON. After announcing Crusader Kings 3, Paradox revealed that CK2 was now free. What better way to bring players back to the Crusader Kings franchise!

Crusader Kings 2 on Mac: Is it worth it?

Crusader Kings 2 is a 4X turn-based strategy game that features immensely challenging, yet rewarding gameplay. As rightfully said by Destructoid in their official review:

CK2 is as deep and complex as its predecessor, but more accessible. The folks over at Paradox have out done themselves and set the bar extremely high.

If you are looking for a new strategy game to sink an insane amount of time into, then look no further.

On the one hand, CK2 is a niche strategy game that requires patience and discipline. But on the other hand, you can expect to witness a fascinating medieval story worthy of a Game of Thrones remake (yes, it also includes its fair share of betrays, murders, rapes, and so on). 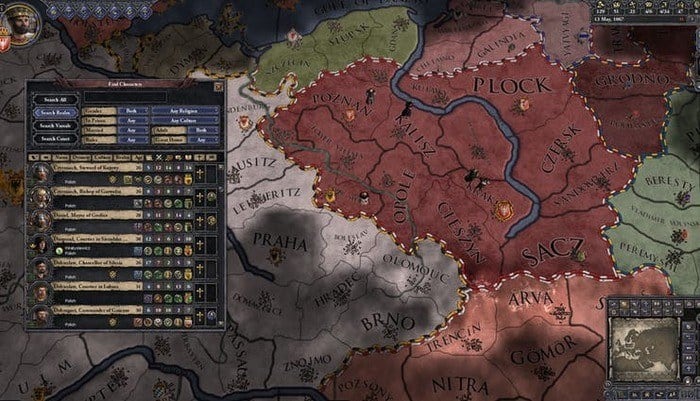 CK2 may sound intimidating but users and reviewers have loved since it came out in 2012. The game currently has an impressive 82 Metascore and Very Positive reviews from over 40,000 users on Steam.

And to better introduce new players to the game, CK2 now features the Monarch’s Journey:

The Monarch’s Journey is a new way of exploring the world of Crusader Kings and will help you earn cosmetic add-ons for Crusader Kings III through Ruler Challenges.

Whether you are a newcomer or a veteran The Monarch’s Journey is your chance to get (re)acquainted with the game.

The game’s official system requirements are the following:

Unsurprisingly, this is an easy game to run. With simple graphics and slow gameplay (this is a turn-based strategy game, after all), most Macs should be able to run it without breaking a sweat.

Now that the game is free to keep, you can simply head over to Steam and download a copy. And in case this isn’t enough, Paradox is also giving away the Olds Gods Expansion for free. All you need to need is join their mailing list here: 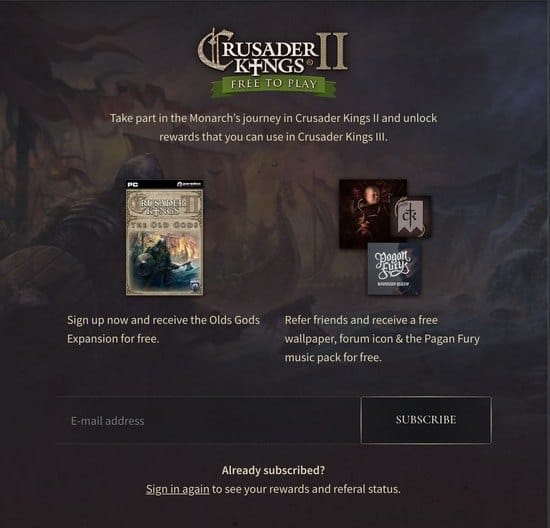