Years after it was first released, Prison Architect for Mac keeps getting better and better.

While most games do their best to build hype around new updates and DLC, Prison Architect quietly introduced a massive free feature: Cooperative Multiplayer for the first time ever.

Prison Architect has always been a solo game, but the release of Update 16 and the addition of Multiplayer further cements Prison Architect as one of the top simulation games for Mac.

First released in 2015, Prison Architect quickly became an indie success story. Even before it was officially released, it managed to sell more than a million copies! That’s more than most developers would ever dream of.

Yet, developer Introversion Sofware didn’t stop there. They have continued to consistently push free updates and release new features, further polishing the game.

What’s new with Prison Architect on Mac? Introversion Software quietly introduced Multiplayer for the first time ever. You can read more about it below.

What is Prison Architect? Is it worth it?

Prison Architect lets you build your very own prison from the ground up. From building the cells, security facilities and utilities, to hiring and assigning staff (such as a warden, guards, workers and more).

But your job doesn’t stop there. Once the prison is up and running, you will have to manage its finances and make sure everyone is happy (you do not want a prison riot). Think Zoo Tycoon or something like that but in a slightly darker environment…

The game was an instant hit and both the press and gamers loved it. And if that wasn’t enough, the game kept receiving new modes, such as Escape mode and Warden mode, and lots of nice little additions.

No wonder the game has been so well-received. And by the way, those 93% Positive Steam reviews come from over 25,600 users:

These are the official Prison Architect Mac system requirements:

As could be expected from a top-down simulation game with simple graphics, Prison Architect’s requirements are very low. This is a game that should run smoothly on most Macs, including older MacBooks or Mac Minis. 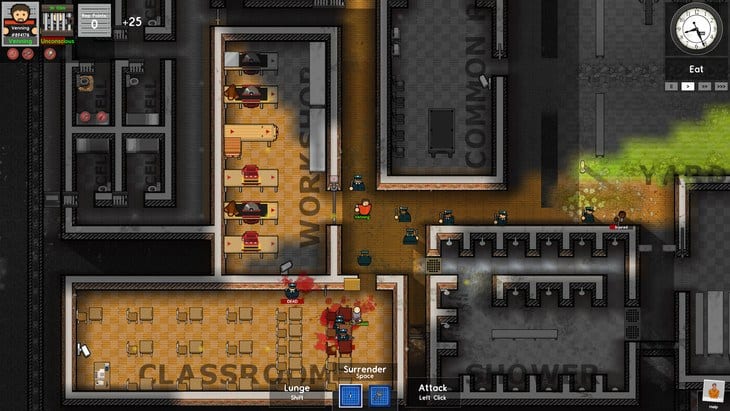 The surprise addition of co-op Multiplayer

With Update 16, Introversion Software surprised us with the introduction of co-op multiplayer with up to 8 players. This is the first time the game can be played with friends, which is why these are exciting news.

Do keep in mind that the Multiplayer mode is currently in Alpha:

The alpha offers a restricted version of the base game in order to let the devs “focus on getting the core functionality working.”

As such, some features are absent for now—such as wire connections, prison grading, reports and emergency callouts, among other things.

You will need to opt into the steam ‘beta’ branch to gain access, though. Still, it’s great to see the commitment from the team.

You can learn more about Update 16 here.

If you were looking for a good simulation/tycoon game that can run on an older Mac, look no further than Prison Architect. And if you’re looking for something a little more cheery, you can always check out the fantastic Stardew Valley or the recently released Oxygen Not Included.

You can download Prison Architect for Mac (Steam version) from Humble Bundle.