Leaving Early Access is always an exciting step, and Rust joins Ark: Survival Evolved as one of the few cross-platform survival MMOs. When Rust for Mac leaves Early Access, the price will go up to $34.99 from $19.99, so if you’ve been debating, there’s no time like the present. You can grab yourself a copy from Humble Bundle:

Like most MMO survival games, in Rust, you start out naked and alone, unless you bring friends (more on this below). You explore, gather resources, build a base, attack and are attacked, make friends and enemies, etc. Think Ark: Survival Evolved, without the dinosaurs but with tanks.

A beautiful game with over 160,000 positive Steam User reviews (75% recently, 80% overall), the biggest complaint is about a sometimes toxic community that makes it difficult for newcomers. This is par for the course with survival games, and thus the recommendations to play with a party of friends to give yourself a better chance to survive.

Rust on Mac: Everything you need to know

Available since December 2013, the developers are making it clear that this doesn’t mean the game is finished, just that it’s in a stable, playable state. This is a good thing, as the game isn’t yet fully optimized for Mac, and many users report needing to play on low settings to get decent frame rates. This is exactly what we saw when testing Ark: Survival Evolved on 6 different machines… 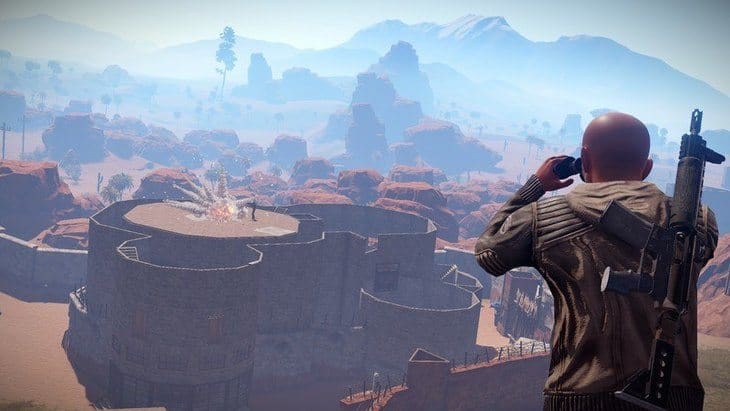 The final system requirements aren’t too bad aside from needing a 2GB graphics card:

As with most MMOs, the speed and reliability of your broadband connection will be vital, as there are varying reports of game-killing lag if your connection isn’t up to snuff.

If you’re looking for a cross-platform MMO survival game, Rust is definitely worth checking out, especially today before the price goes up!