Yes, Among Us runs on M1 Macs natively!

Among us a fascinating and hilarious multiplayer game about cooperation and betrayal. Made to be played with friends, Among Us came out of nowhere and became one of the most played and streamed games during the pandemic.

Among Us on Mac Reviews

Unlike every other game we’ve covered so far, Among Us does not technically have a dedicated Mac version. Thanks to the magic behind Apple Silicon processors, M1 Macs can run the official iOS version of the game natively: Among Us can be easily installed and played on M1 Macs.

Among Us blew up during the pandemic, proving to be an excellent game to play with friends. And this is reflected in the game’s reviews, especially those coming from players themselves:

Among Us Mac requirements

Among Us M1 Mac support

Yes, Among Us runs on M1 Macs with Apple Silicon natively as a universal app! 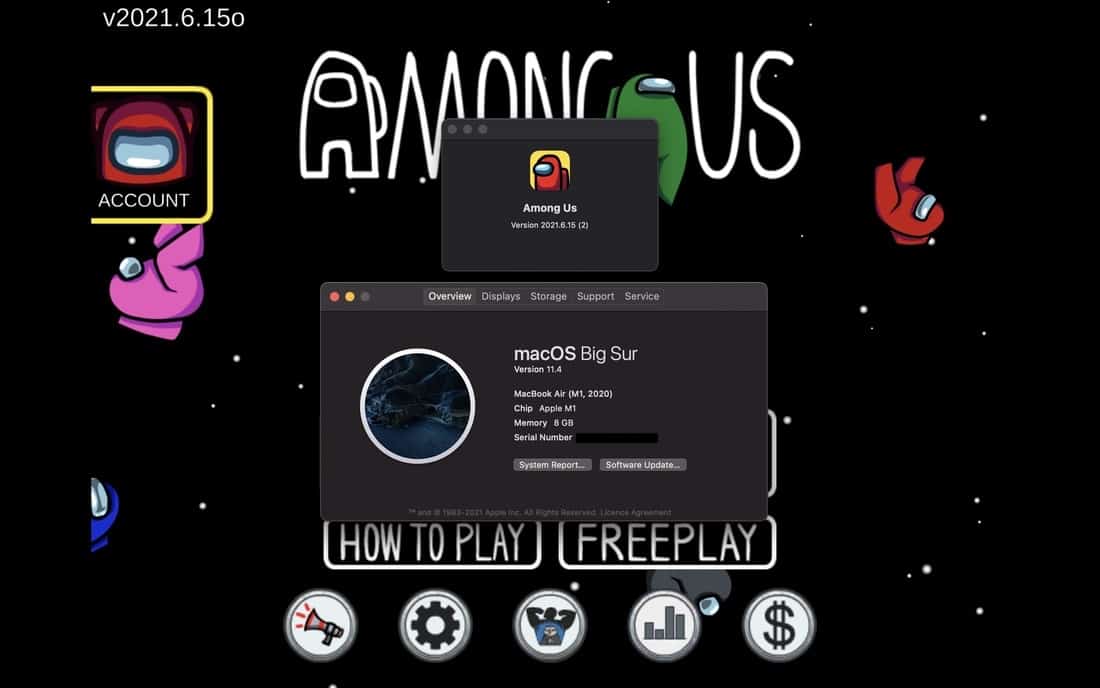 Among Us is a great example of all the potential M1 Macs have. Sharing the same ARM-based architecture as iPhones and iPads, iOS apps and games can run natively on M1 Macs.

Indeed, Among Us doesn’t require hacks nor third-party tools to run on M1 Macs. It is supported natively and can therefore be installed and launched as any other Mac app.

iOS games on M1 Macs: iPhone and iPad apps can run on M1 Macs without any modification to the app. There is no porting process involved, meaning iOS run natively and should offer the best performance.

Among Us M1 Mac benchmarks