I’m afraid I have some bad news… Elite: Dangerous will stop supporting MacOS later this year.

I was excited to share the Mac release of the space adventure game back in May 2015. It was supposed to be the first of many Mac games from developer Frontier Developments.

But the writing was on the wall. Frontier never released the Horizons expansion on Mac and didn’t even explain why. They never released another game on MacOS. And now they put the last nail in the coffin with the announcement that Elite: Dangerous will no longer support MacOS. 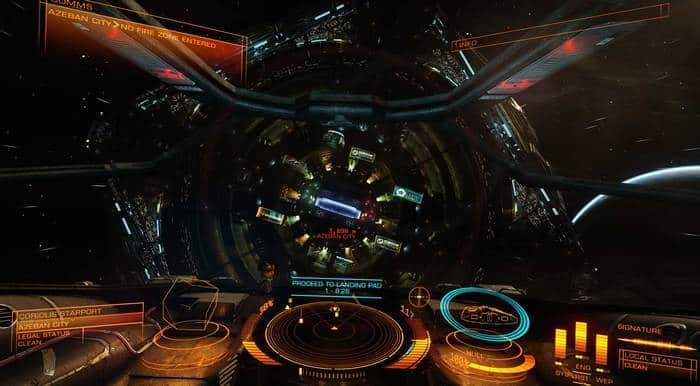 For the record, this is serious. It’s not often that a developer announces that some of their customers will no longer be able to play a game they paid for…

This is what they had to say in their official statement on their forum:

It is with great sadness that we must announce the upcoming end of Elite Dangerous on Mac.

As many of you will know, despite our best efforts, we have been unable to bring Elite Dangerous Horizons to Mac since launch due to technical barriers.

It seems this was a purely technical decision and they simply can’t secure the same quality levels between Windows and Mac (I would be very interested to know what exactly the problem is):

With the planned improvements coming […] we have felt it necessary to make this difficult decision in order to allow us to bring in content and features in the way that we felt was best for the overall Elite Dangerous experience.

And it will all happen soon:

With the release of the Q4 update, coming towards the end of the year, you will no longer be able to play Elite Dangerous on Mac.

They did say their Support team is ready to help. If you happen to get in touch with them to ask for a refund or other, please let us know how it goes in the comments section.

While I strongly advise you not to buy it, you may already have it or got a free copy. If that’s the case, be aware the game’s system requirements are demanding:

If you are disappointed and are still looking for a good adventure game to play next, you can check out Subnautica, an excellent alternative that takes place underwater. And if your Mac wasn’t powerful enough to run games like this anyway, you should definitely check out Cuphead!